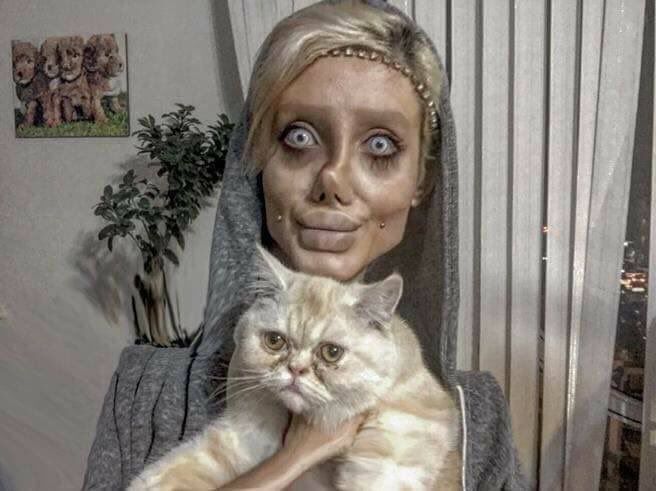 The woman gained popularity on social media by posting pictures of herself which she edited to look like a zombie version of the famous actress, but was charged by Iranian authorities with blasphemy and promotion of public corruption.

The Iranian 'Zombie Angelina Jolie' has been given a 10-year prison sentence, journalist and activist Masih Alinejad tweeted on Friday, calling to free Sahar Tabar, whose real name is reportedly Fatemeh Khishvand.

According to Alinejad, the Instagram star is serving an unjust sentence, given her young age and that she engaged in purely innocent activities by using makeup and Photoshop to take pictures of herself as a Jolie look-alike. The journalist also called on the Hollywood actress herself to stand up for Tabar.

10 years jail for Iranian Instagramer who used make up & Photoshop to become a zombie Angelina Jolie.
Sahar Tabar is only 19. Her joke landed her in jail. Her mother cries every day to get her innocent daughter freed. Dear Angelina Jolie! we need your voice here. Help us. pic.twitter.com/0QTzSv2c5v

Alinejad told media that she had spoken with Tabar's lawyer who said that the young woman was sentenced to 10 years in prison for "promoting public corruption".

The influencer was arrested in October 2019, initially accused of blasphemy, inciting violence, and promoting corruption among young people, Tasnim News reported at the time. Her Instagram account has since been deleted.

Tabar shared earlier that although she underwent some plastic surgery, her "zombie Jolie" look was mostly attained by makeup and Photoshop, and she also posted photos of herself without makeup.