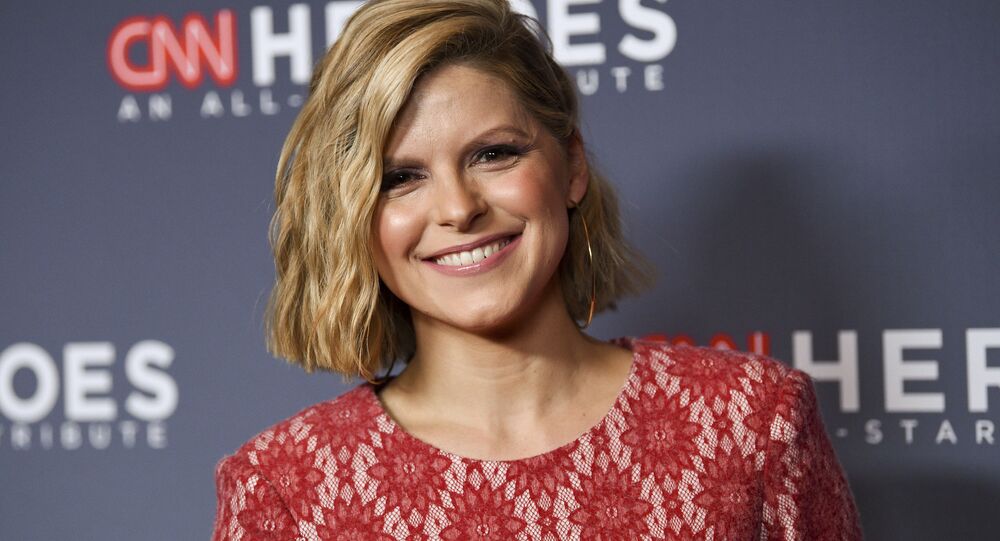 CNN was among the many mainstream media outlets that did not cover the New York Post exposé about Joe Biden's son, Hunter, and a trove of bombshell emails about his purported business dealings, allegedly recovered his abandoned laptop. The network branded the story as "Russian disinformation".

CNN anchor Kate Bolduan has been harshly criticised online for appearing during a live broadcast in a sweater emblazoned with "facts first", a motto the television channel adopted after Donald Trump came to office. The cashmere sweater the anchor promoted costs a whopping $380 and was made by a fashion brand called Lingua Franca. According to its website, $100 from each purchase will go to the Committee to Protect Journalists, an independent, nonprofit organisation that promotes press freedom worldwide.

"Facts are facts. They aren't coloured by emotion or bias. They are indisputable. There is no alternative to a fact. Facts explain things. What they are, how they happened. Facts are not interpretations. We stand with our friends at CNN who start with the facts first", reads a statement on Lingua Franca's website.

Kate Bolduan's clothing choice drew ire as it was recently revealed that CNN executives allegedly decided to hush a New York Post exposé on Joe and Hunter Biden when it came out in the middle of October. According to conference call recordings leaked by the activist group Project Veritas CNN's bosses purportedly deemed information on the Bidens as an "unsubstantiated smear".

"Obviously, we're not going with the New York Post story right now on Hunter Biden", a voice ostensibly belonging to CNN Political Director David Chalian said during a conference call on 14 October, the day the New York Post's story on the Bidens came out.

Project Veritas’ revelations came days before Hunter Biden announced that federal prosecutors are investigating his tax affairs as well as his business dealings with foreign countries, including China.

If your actions said this you wouldn’t need it on your sweater.

This is a case study in echo chambers. I’m sure her staff thought this was “stunning” and “brave”. The rest of us think it’s “moronic” and “hypocritical”.

$380 Sweater? Jeez, that's just plain dumb. How many families could that feed? How much rent could that cover? How much PPE could that buy and be donated to those in need. Am I doing this woke stuff right?

It's $400 dollars! I know people who are worried they won't be able to feed their family.

​Still others contended that money from the purchases of sweaters should be spent on more acute problems and suggested CNN should adopt a new motto.

Should be "Emote first, facts later".

That is 38 Christmas dinners for the less fortunate, instead of virtue signaling. All that shirt says is “I don’t get it, but I’m woke!” pic.twitter.com/zetOzKCMP5

​On 14 October, the New York Post published a story alleging that Joe Biden was engaged in his son's business dealings overseas during his tenure as US vice president. The newspaper cited information it obtained from a laptop purportedly belonging to Hunter Biden that he ostensibly took to an IT store in 2019 to get repaired, but never returned to collect.

In particular, the New York Post wrote that the younger Biden had reportedly arranged a meeting between an adviser to the board of the Ukrainian gas firm Burisma, Vadym Pozharskyi, and his father. Another trove of emails published by the newspaper suggested that Hunter Biden had sought lucrative deals for himself and his family.