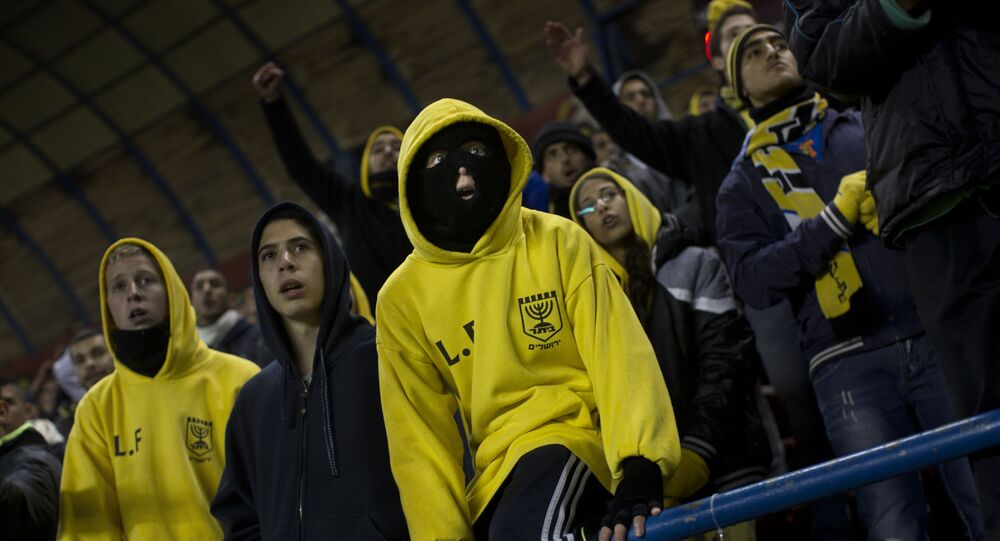 The purchase became possible after the United Arab Emirates normalised relations with Israel. As part of the Abraham Accords brokered by US President Donald Trump, the two sides established diplomatic ties.

The news of an Emirati sheikh, Hamad bin Khalifa Al Nahyan, purchasing a 50 percent stake in the Israeli football club Beitar Jerusalem has caused a stir on social media. The club's ultras (hardcore fans) called "La Familia" are known for their aggressive attitude towards Arabs. Racist and hateful chants, including "Death to Arabs" are frequently heard in the stadium where members of La Familia are seated.

Over the course of its history Beitar had never signed an Arab player. In 2013, this changed when the club decided to buy two Chechen Muslim players, resulting in protests and the burning of Beitar's offices.

This fact doesn't appear to have fazed Sheikh Hamad bin Khalifa Al Nahyan, who pledged to invest $92 million in the club. "I am thrilled to be a partner in such a glorious club that I have heard so much of and in such a great city, the capital of Israel and one of the holiest cities in the world", read the sheikh's statement posted on the team's website.

His statement, however failed to pacify La Familia. Images posted on social media showed the ultras storming the team's training session to protest the purchase of the stake in the club.

La Familia members also stormed the pitch during a Beitar Jerusalem training session to protest against the UAE investment, according to reports in Israel.

​Other fans of the club vented their anger on social media.

​Tweet: "Money, money, money. You are no longer the authentic Beitar Jerusalem. A sad day for those for whom Beitar was a football team with Jewish character and pride".

​Other users, however, were happy and expressed hope that the hefty investment in the club would soon transform into titles.

Tweet: "A welcomed to step to improve Beitar and Israeli football in general. Well done".

​Tweet: "Champions! It's a great deal. Now it's time to realise your potential. Go Beitar!"

​Many supporters also expressed hope that the purchase will make the ultras reconsider their behaviour.

Let's hope this move forces the Beitar racists to start thinking; who knows, maybe they'll be ashamed of their former bigoted behaviour.

​Still others maintained the news was a sign that Israel's deal with the United Arab Emirates is genuine and a step to normalising ties between Arabs and Israelis.

Whats your take on this? I see as a step to normalize coexistence, normally an idea , a secular / democratic nation would accept.

​The purchase of a stake in Beitar became possible thanks to an agreement Israel, the United Arab Emirates, and Bahrain signed this summer. The deal, brokered by President Donald Trump, saw Abu Dhabi and Manama normalise relations with Israel and establish ties with Tel Aviv.
Since Israel's creation in 1948, the Arab World has had an unofficial rule that the normalisation of ties with Israel could occur only after the Palestinians have an independent state.