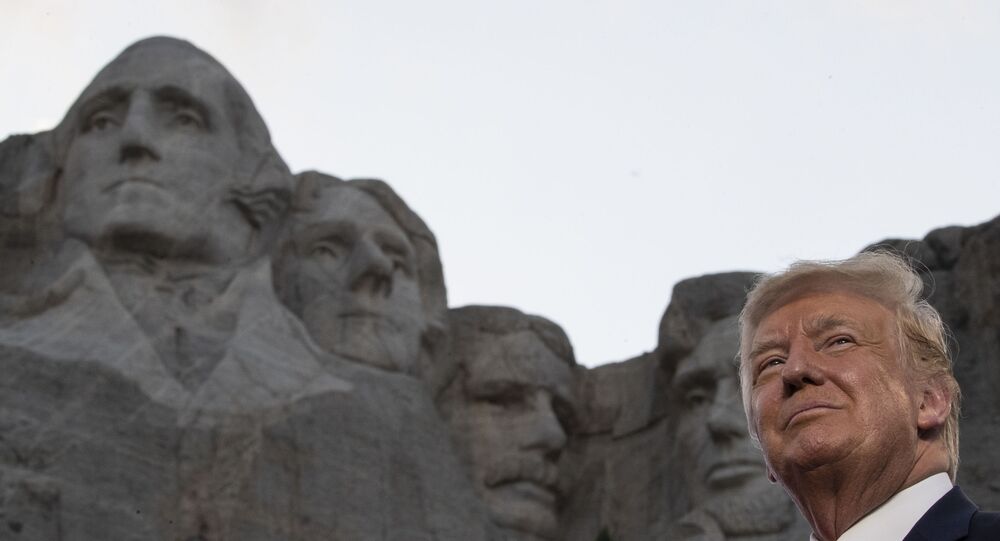 Ivanka Trump, US President Donald Trump’s daughter who also serves as a White House adviser, prompted netizens to go running for their pitchforks on Monday after she shared an image on Twitter that showed her father alongside the visages on Mount Rushmore.

The Twitter post reads: “Amazing photo of [Trump] during his visit to Mount Rushmore on July 3, 2020.” The picture itself has strong likeness to another image that was previously shared by the commander-in-chief in August.

However, within seconds of the posting being shared, netizens were ready to offer their own opinions on the matter, with many quick to bash Ivanka for even hinting at the possibility of adding her father’s face to the memorial.

“Forever impeached, forever a legacy of complete and utter failure. Imagine being this proud of it,” one user commented, as another remarked that such an addition to Mount Rushmore was “never gonna happen.”

But not all users were quick to reject the suggestion, as one netizen commented, “if there ever was a president that deserved to be on Mount Rushmore, it’s your father.”

Talks of Trump being added to the historic sculpture first began to emerge ahead of Trump’s July 4 celebrations, which were scheduled to take place at the site despite the COVID-19 pandemic. At the time, Trump used his appearance at the monument to glorify the US’ history and reject calls to topple statues.

Later in August, the rumor mill went into overdrive after the New York Times reported that a White House aide had reached out to the office of South Dakota Gov. Kristi Noem to inquire about the steps needed in order to add Trump’s face to the national memorial.

Trump later denied the claims and tweeted out that the allegations were baseless; however, he did state in a tweet that his likeness being added “sounds like a good idea to me.”

According to the US National Park Service, Washington, Jefferson, Roosevelt and Lincoln were chosen as the project’s subjects in an effort to represent the nation’s birth, growth, development and preservation.

Did Trump Explore How to Get Added to Mount Rushmore?