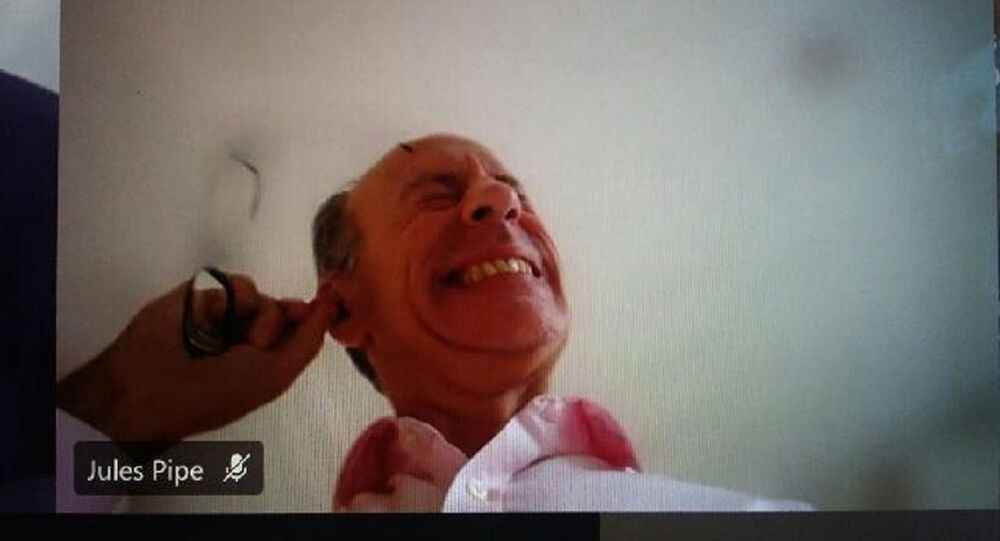 Julian Benjamin Pipe, CBE, commonly known as Jules, has been London's deputy mayor for planning, regeneration and skills under current Mayor Sadiq Khan since 2016. Pipe has facilitated the launch of the Skills for Londoners Capital Fund, investing in the talents of the city's inhabitants, especially the disabled community.

A member of the UK Labor party and deputy mayor of London, Jules Pipe CBE, 55, was caught on camera during Thursday's online London Assembly meeting, using his eyeglasses sidepiece to scoop out his earwax, which he subsequently put in his mouth in front meeting participants, the Sun reported Friday.

Apparently feeling an itching in his right ear, Pipe tried to dug out the cerumen with a finger. Failing to succeed with this effort, he turned to another device - an arm of his glasses, which finally helped him to get the sulfur-colored redolent plug out of his ear.

He sniffed the strike before eventually licking it and putting in his mouth. It seems that deputy mayor may have simply forgotten that the camera was still on while he was a member of an online meeting.

LOONEY LEFT
London's Deputy Mayor has been caught on camera eating his own earwax in a public meeting. Labour’s Jules Pipe CBE shocked viewers when he used the arm of hi spectacles to scoop out the gunge & deliver it to his mouth. pic.twitter.com/jvICLGuNrE

"My eczema can result in excruciating itching in my ear", the Sun qouted Pipe replying to some comments on his actions.

According to the Sun, London Mayor Sadiq Khan reacted to the incident during the meeting before the link was turned off and the footage was later blocked online.