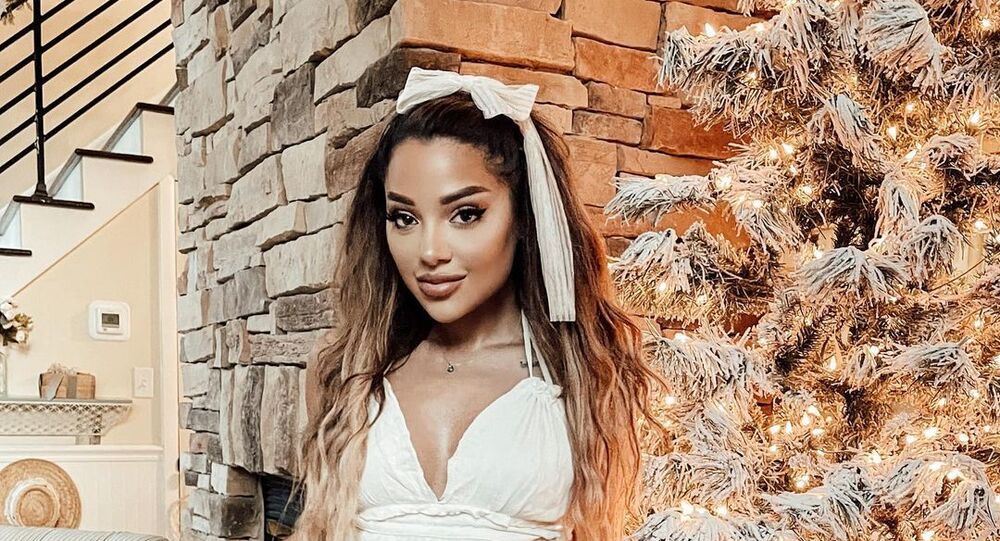 This is not the first time that the actress, Gabi DeMartino, has found herself in hot water. Last year she was criticised for furthering stereotypes about black women having masculine features after she and her sister released a video in which African-American singer Normani was portrayed by a man.

However the clip, titled "I won't put my panties on", did not show a grown-up woman, but a three-year-old Gabi running around naked and saying that she won’t get dressed. The blogger, who has 4.2 million followers on Instagram alone, charged $3 for the video.

DeMartino was lambasted by social media users and other influencers as well as adult film stars, who accused the woman of spreading child pornography.

The young woman released a statement apologising and saying the video was "a goofy throwback family moment" that she wanted to shares with her subscribers.

the video was a goofy throwback family moment that I wanted to share with my personal onlyfans fancy babies. I am sorry that this wasn’t thought out completely I apologize. The video is down now I am sorry again if this came out wrong.

a childhood video of me on the phone sayin "Nani says put your panties back on" and jumping up and down laughing. I'm sorry I didn't think that one through. period. a home-video i love to share w my friends & i use my OF as a "finsta" page where i share stuff as i would w friends https://t.co/yEgFCPs9zg

​However, there were those who defended the blogger, saying her move was just a joke and that she didn’t intend to harm anyone.

i really don’t think she meant it how y’all are thinking. i think she just wanted to show y’all that she’s always been a goofball since she was young. the fact that she didn’t even see it as sexual herself says a lot. y’all blow everything out of proportion. i hope you’re OK Gabi

I dont think she meant it! Especially because its her, she can do whatever she wants with her own content. I think people are over dramatising a bit, and others are making it sexual, where as you had in mind a goofy/playful video. xx

How to Lose Your Girlfriend: Blogger Turns His Beau Blue With Fabric Dye