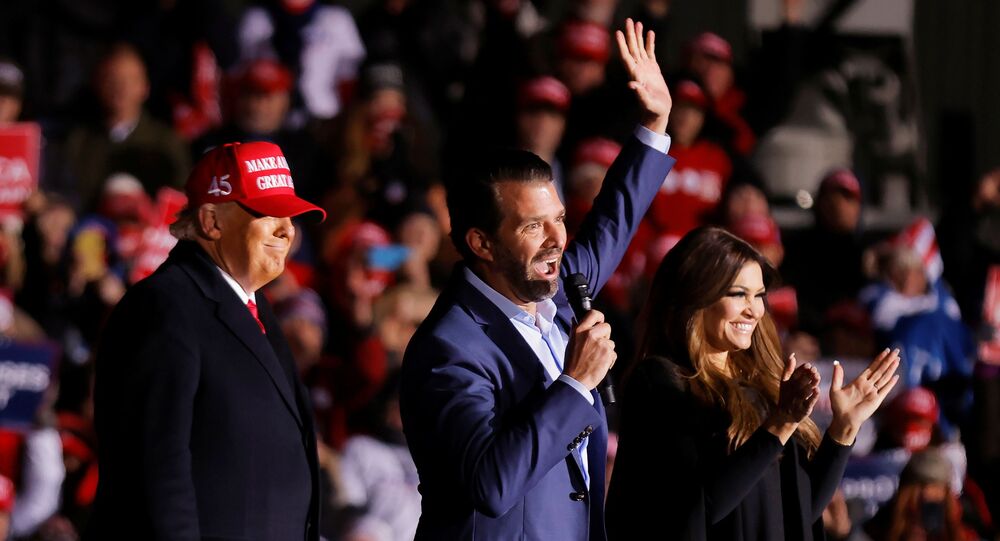 The US president’s eldest son Donald Trump Jr. announced last week via social media that he had “apparently” caught the coronavirus and was planning to self-quarantine in his New York State cabin. Just several days later, the businessman said that he was “cleared” by a medical team to join his family for their Thanksgiving celebration.

Donald Trump Jr. made a provocative joke on Instagram that involved references to both ISIS (Daesh)* and his family’s landmark hairstyle.

In a short video shared on his Insta page, the president’s son quipped that he went “full ISIS” with his locks after spending “10 days or 14 days” in quarantine without grooming or shaving, adding that this did not really help his “Trump hair” look good.

While Trump Jr. filmed himself after already applying some hair products, he didn't shy away from sharing his "before" photo from the morning with his 4.2 million followers, asking the audience which one they actually preferred more.

“You never go full ISIS!” Don Jr. then advised his followers, adding a similar caption to his post.

The social media users responded with a stream of LOLs, with some joking that they have actually enjoyed his “full ISIS” style and calling upon the businessman to run for president in 2024.

“‘Trump Hair’ is stuff legends are made of,” one instagrammer wrote.

Some found the reference to the terrorist organisation a bit imprudent but others rolled with it; one quipped than now the “Fake News” will crown Donald Trump Jr. the new leader of Daesh.

“Let’s see how the media tries to spin this one. I can hear it now Donald trump jr said he has one full isis… already anticipating the idiots [sic]”, one person suggested.

“Don’t say ISIS out loud your dad is assassinating them you might get a drone strike”, another mockingly warned.

Donald Trump Jr. had already been spotted outside alongside his family celebrating Thanksgiving, according to his social media pics, just a week after he announced via Instagram that he had tested positive for coronavirus and was planning to self-isolate in his cabin. The president’s eldest child revealed that he was okayed by the medical team to spend the holiday with his family, while boasting about the meal he and his girlfriend Kimberly Guilfoyle had prepared for the day.