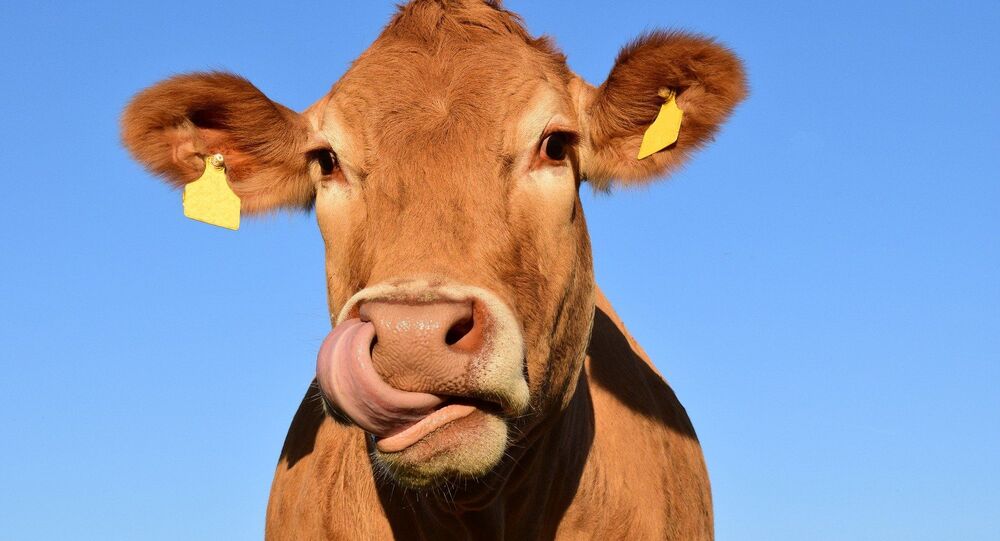 Weighing about 10 kilograms upon its birth, eight months later, the cow since reached the weight of about 100 kilograms.

A bizarre-looking cow suffering from an apparent birth defect, with an extra leg sprouting from the animal's back, has caused quite a stir among the residents of a village in Shaanxi, China, where it was born, the Daily Mail reports.

According to the newspaper, the "mutant" cow weighed about 10 kilograms when it was born about eight months ago, with its current weight being about 100 kilograms.

The story about the malformed creature was broadcast on local television, with the cow's owner, Mr Zhao, confessing that he was troubled by the animal's birth after some neighbors regarded it as "unlucky".

Eight-month-old mutant cow with a fifth leg on its back stuns villagers in China https://t.co/n7rujPVcbs

​He also noted that the cow's "extra" leg "had grown with the animal and could even move when he touched it", the newspaper adds.

While Zhao expressed his worries about more and more of his neighbors learning about the cow and thinking "that it spelt back luck", a local animal husbandry expert named Liu Beizhan reportedly explained that the cow was merely suffering from a birth defect called polymelia.