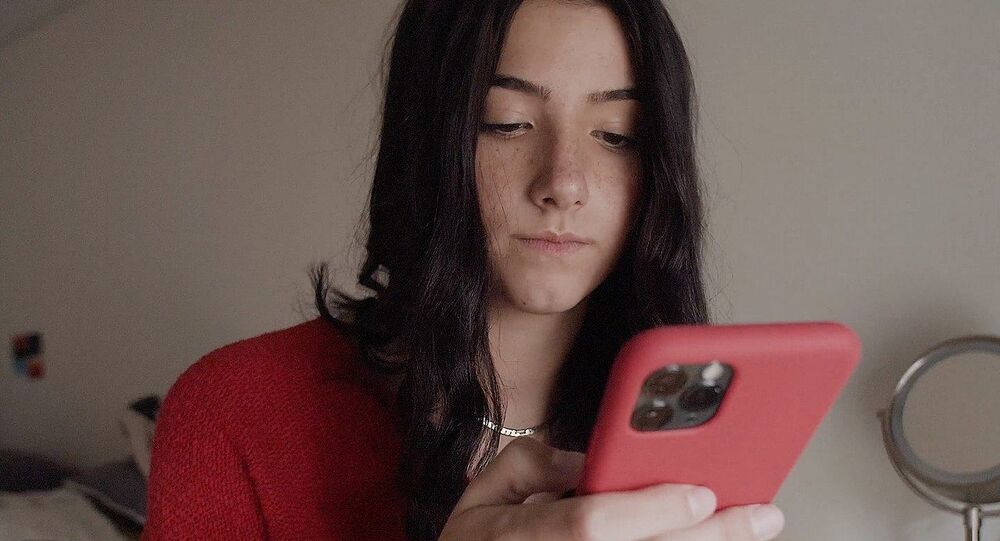 American social media teen Charli Grace D'Amelio has landed nearly 100 million followers on TikTok since becoming an active creator on the video-sharing app in late 2019. She is believed to be one of the platform’s biggest earners.

In the clip, which was announced to be the first in a series called ‘Dinner with the D’Amelios’, Charlie, her parents and her 19-year-old sister Dixie, who also has a substantial 43.8-million fanbase on the platform, were joined by fellow TikToker James Charles to be served traditional Spanish paella by May.

However, after the video was posted on the family’s YouTube channel this week, it immediately went viral, and not with a positive vibe.

Both girls were slammed for their “rude”, “disrespectful” behaviour and “snobbery” towards Chef May throughout the dinner, with Dixie even running out from the table to “throw up” at one point after trying out snails, all accompanied by her sister’s vivid facial expressions and a comment whether she could eat “dino nuggets” instead.

Charlie is also heard in the video complaining to James Charles about having only 95 million followers at the time the video was filmed and not an “even number” of 100 million.

The girls, and their parents’ apparent inaction, have received a strong backlash from fans, who left Carlie’s TikTok page in droves. Thus, Charlie went from having 99.5 million followers on Wednesday to having 98.5 million on Friday, according to the New York Post’s estimates.

“i watched the d’amelio dinner video and charli and dixie were literally being so rude. be grateful for the food you have. you literally had a personal chef [sic],” one user wrote on Twitter.

Charli and Dixie D'Amelio recently launched a series titled "Dinner with the D'Amelios," but the behavior these two displayed toward their personal chef is disrespectful.

They made disgusted faces during the episode, while their chef stood in front of them. Treat people better. pic.twitter.com/Onvlj0C8LC

anyway i’ve been saying for months now that dixie and charli d’amelio are spoiled, immature and disrespectful and this dinner video proves that. i can’t even understand why they wouldn’t edit those parts out ?? or just... not upload it at all ???

That Charli D’Amelio dinner video truly showed the true colors in that family.

They were so rude and disrespectful to the chef. They don’t know how fortunate enough they are to have food being prepared to them personally.

James the most professional & respectful out of every1

TODAY IN “WHO COULD’VE SEEN THAT COMING?”: Charli D’Amelio loses 300,000 followers in one day after backlash on family dinner video. Charli started Thursday with 99.4M followers, according to Social Blade. She ended the day with 99.1M followers. pic.twitter.com/U0eCdxBOwM

Dancing star Charlie tried to play down the drama by posting a sobbing clip on Thursday night, where she accused her critics of attacking her personally, saying “messed up stuff” to her and even sending death threats. The second-highest earning TikToker then suggested that she could even leave the platform over the toxic response she had met on the net.

Charli D’Amelio took to Instagram Live to address backlash about her demeanor in the first episode of her YouTube series, ‘Dinner With the D’Amelios’ — the video that led to her losing 1 million followers on TikTok. pic.twitter.com/DnmBZZR24Y

Dixie also weighed in on the controversy by explaining her “spoiled” behaviour by the fact that she simply throws up “a lot.”

Both James Charles and Chef May rushed to defend the sisters.

“this charli situation is NOT sitting right with me… 100M followers in one year & y’all expect her to know how to be a perfect role model? death threats because she’s a picky eater & made a joke about a milestone?” Charles wrote on Twitter.

this charli situation is NOT sitting right with me... 100M followers in one year & y'all expect her to know how to be a perfect role model? death threats because she's a picky eater & made a joke about a milestone? 30+ year olds dragging someone half their age? feels familiar 😐

​“Those girls are the greatest, I love them. It was all fun and games. Not at all, not at all [were my feelings hurt]. I don’t expect her to love the snails. Like I said, somebody thought it would be funny to feed them snails, and they reacted the way they reacted. It’s all good,” Aaron May told The Hollywood Fix, when commenting on the backlash.

So far, Charlie D'Amelio still remains one of the most-followed up creators on TikTok and has over 7.7 billion “likes”  after started actively posting on the platform in 2019.