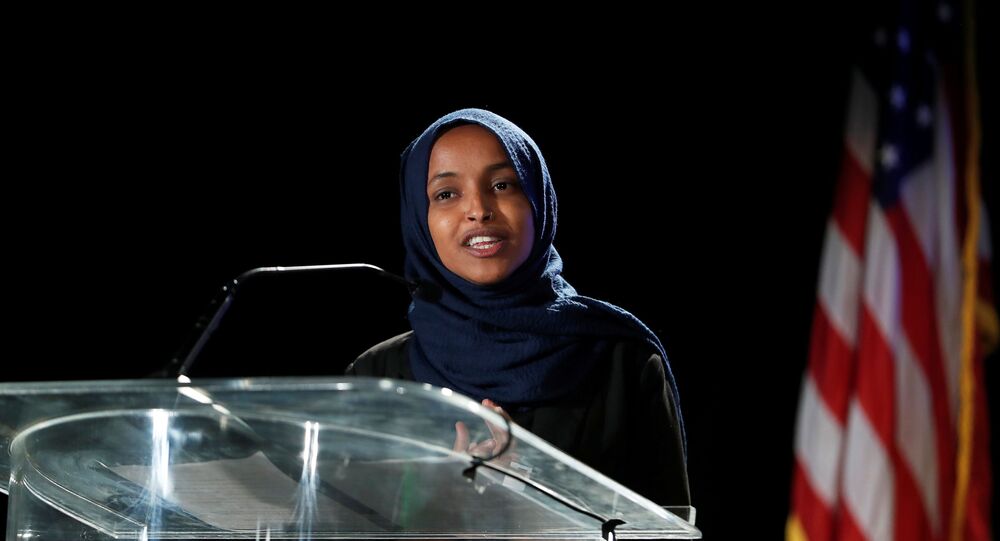 Omar, a Muslim, delivered her biblical comments in response to Marco Rubio's criticism of Georgia Senate candidate Raphael Warnock, who asserted that one could not simultaneously serve the Christian God and serve in the military.

Democratic US congressional representative Ilhan Omar on Wednesday tweeted an attempt to school Republican Senator Marco Rubio on Christianity and the Bible.

Her move, however, was met with intense condemnation from some social media users as she appeared to misspell the book of Matthew, the word "money" and, as some insist, misinterpreted words credited in the Bible to Jesus Christ.

Piquing Rubio on his criticism toward Georgia Senate candidate Raphael Warnock, who claimed that military service is incompatible with service to the God of Christianity, Omar quoted the Bible's book of Matthew: “No one can serve two masters, for either he will hate the one and love the other, or he will be devoted to the one and despise the other. You cannot serve God and dmoney [sic]".

“No one can serve two masters, for either he will hate the one and love the other, or he will be devoted to the one and despise the other. You cannot serve God and dmoney.”

The lies and smears of the GOP have no boundaries, but this is a disgrace and shameful. https://t.co/1G6OhsL2B5

​The misspellings prompted some netizens to pique Omar, offering options to "Matthews" she could have quoted instead.

I love Ross Mathews! I didn't know he had a book though... pic.twitter.com/Vqqq7Vqw7g

Can't seem to find the book of "Mathews" in my Bible.

The Book of Mathews (more preachy than one would've expected, tbh): pic.twitter.com/Cnkt831XP5

​Others attacked Omar for schooling Rubio on the Christian faith as she is a Muslim.

Didn't realize you converted to Christianity. Should I start lecturing you on the Quran?

Ilhan Omar: expert on the Bible.

Ironic, coming from a Muslim quoting a Christian text

who tf is “dmoney”

​​Some, however, insisted that both sides of the conflict were wrong in their interpretation of the text of the Bible.

You and candidate Warnock are both taking this passage out of context to try and score political points. These verses are about money and possessions. You should spend a bit more time reading the Bible, Congresswoman.

She has trouble recognizing what does & doesn’t resemble ‘Mammon, wealth, material possessions’

Beginner Military pay is $400 a week vs her beginner pay $3346.15 a week. Leaving out fringe benefits derived via millions her campaign paid her husbands consulting firm. pic.twitter.com/2mMuuZlF2w

Rubio's misrepresentation is meant to be injurious - which is evil. Taking something out of context is deceit.