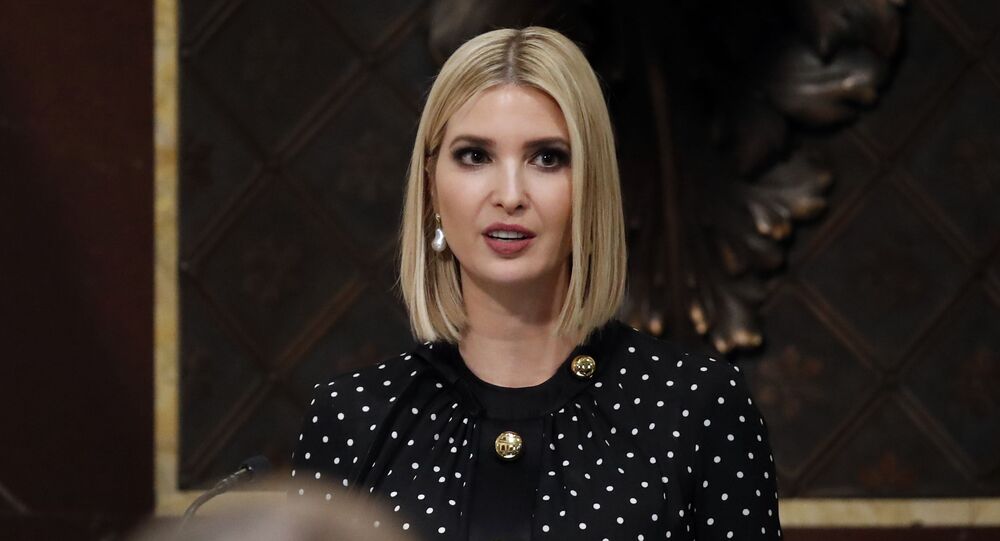 NASA plans to team up with Elon Musk's company SpaceX to land the first woman and the next man on the Moon in 2024. As for the Red Planet, Musk initially planned a crewed mission in 2024, but has since said it was too early.

Social media users have mocked Donald Trump's daughter Ivanka for her remarks about future space missions on Twitter. The president's senior adviser retweeted a NASA post about the successful launch of four astronauts aboard a SpaceX Falcon Rocket 9 rocket and said that US astronauts will soon go to the Moon and Mars. "America, and our President Donald Trump, dreams big and shoot for the stars", wrote Ivanka.

We are going to the Moon soon and Mars thereafter. 🚀

America 🇺🇸, and our President @realDonaldTrump, dreams big and shoot for the stars! 🌟 https://t.co/kd9CoH3XV5

Many users noted that Donald Trump has nothing to do with future space missions as the rocket in question is developed by private company SpaceX founded by tech maverick Elon Musk.

I hate having to repeat myself but SpaceX is a privately owned company and your dad had nothing to do with that.

Hey grifty, we went to the moon about 50 years ago ! Don't act like your husband daddy invented this idea.

​Other netizens trolled the president's daughter about the reports of tax fraud allegedly committed by Ivanka and her father.

You're going to criminal court.

​Many users contended that the use of personal pronouns indicates that the Trump family is leaving Earth.

THANK GOD! This is the best news I've had all week! When does the rocket come pick up your dad and the rest of the Trumps to take you to the Moon? I hope its a one way ticket 🚀 🌙 🌔 pic.twitter.com/YzQjT8K36h

Do you need moving boxes?

​Other users noted that the United States has far more important issues to focus on than space exploration.

Who cares? Our country has a lot more important things to worry about than going to Mars or anywhere else in space!

Going back to the moon for what? And we don't even take care of this planet. We don't need to go to another one and mess it up.

​And one netizen even expressed doubt about the future missions.

​NASA plans to return to the Moon for the first time since 1972. The space agency will team up with Elon Musk's company SpaceX to land the first woman and the next man on Earth's satellite in 2024 with the help of Starship, a fully reusable rocket. Together with space agencies from other countries, NASA plans to establish a permanent presence on the Moon. SpaceX planned to launch a crewed mission to Mars in 2024, but later dropped this idea. Elon Musk recently said that the company plans an unmanned mission to the Red Planet by this date.

High-Tech Stargazing: Astronomers Fire Lasers Into Deep Space to Get a Better View of Distant Stars