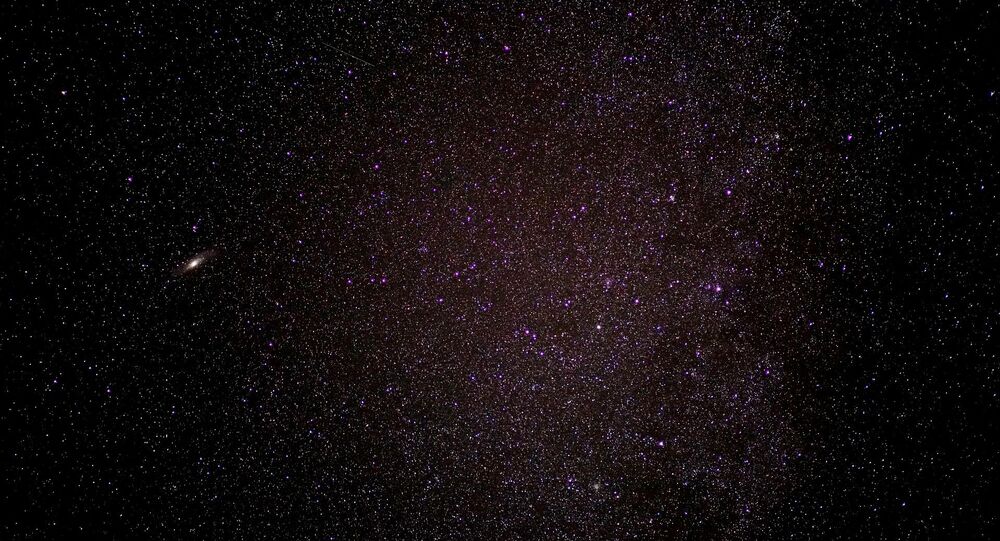 The enigmatic objects were also spotted in eight different areas in and around the city of Dallas. Witnesses revealed that the lights were moving chaotically and at one point formed a straight line before suddenly vanishing from the sky.

Recently posted footage of glowing objects in the sky over Dallas in the United States has polarised social media users, with many claiming that the mysterious objects belong to extraterrestrial civilisations, while others insist there is nothing suspicious about the sighting and that the objects are simply an optical illusion or helicopters.

The video was filmed by a retail manager named Javier Estrada III who was attending a birthday party for his grandmother and happened to look up.

"I saw glowing lights hovering real slow and that's when I knew it was something out of the ordinary - not scary, just crazy to look at. I do believe in extraterrestrials so the first thing that came to mind was a UFO. As soon as I saw it, I was starstruck - it seemed so real. I wouldn't mind having aliens come to visit but knowing us in the USA we will probably attack them first", said Javier.

The footage recorded by the young man shows four lights flying in different formations – when the video starts, the objects appear to be in the form of trapezoid, then they form a square before moving into a straight a line.

Among the thousands of users who have seen the video, many contended that the enigmatic objects were aliens.

One user wrote:"Many species of aliens prefer the hot dry locations of the lower states and Texas has that. Absolutely 100% alien".

"They [aliens] are out there for sure. I work nights and I always see strange stuff in the skies, we are told to ignore it", wrote another.

However, there were those who believe that the glowing lights were merely US military aviation.

One netizen wrote: "In Dallas, we have several military installations in the area. These helicopters often ferry VIPs from one location to another. No UFO, I fear!"

"My money is on drones", wrote the other.

But it looks like one person in particular gave the best explanation:

Similar glowing lights were seen in eight other different areas in and around Dallas as well as in other cities in Texas, including Allen and Granbury.