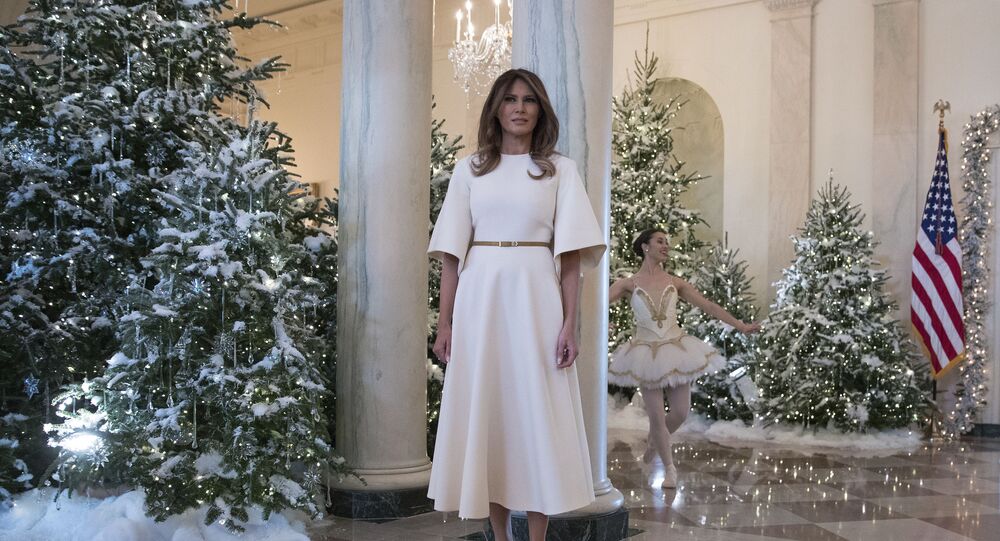 As the preliminary results of the US presidential vote are being disputed by the Trump campaign, the American media now suggest that this year’s Christmas season could become the last for Slovenian-born first lady Melania Trump.

Donald Trump’s better half is “looking forward to once again opening the People’s House for Christmas” in the upcoming month, the first lady’s spokesperson Stephanie Grisham told People magazine.

"It is an annual tradition that she has enjoyed designing since June. The decor will be showcased and celebrated across the country in December," Grisham revealed.

The White House website earlier put up invitations for musicians, greeters and individuals interested in decorating the president's official residence to apply online.

According to American news outlets, which have now declared Joe Biden president-elect despite claims to the contrary from the incumbent president, it may be the last time Melania Trump is able to put her best efforts into making the White House shine.

Melania Trump's Christmas Tradition or 'Who Gives a F**K'

The news comes after CNN published audio tapes in October which are said to feature secretly-recorded conversations between the first lady and her former aide Stephanie Winston Wolkoff, that have extensively touched upon the topic of Melania Trump’s Christmas plans.

Wolkoff, who has recently published a tell-all book about her friendship with the First Lady and its bitter end, said she had furtively recorded her talks with ex-pal Melania back in summer 2018 which she recently released to the media, just a month before the presidential vote.

In the published tapes, the woman, whose voice strongly resembles that of FLOTUS, is heard ranting about the Christmas tradition and the fact that nobody really cares about it.

“I put - I'm working like a - my a** off - at Christmas stuff that you know, who gives a f**k about Christmas stuff and decoration? But I need to do it, right?" the female voice, said to be belonging to Melania, is heard arguing in the tape.

From her part, Mrs. Trump dubbed claims of her former aide “salacious”.

But following the reported rant, the news about the first lady’s reported excitement regarding the upcoming Christmas season was met with jokes and memes across the net.

“I bet she will do that with really good grace. We all know how she loves to do the Christmas decorations,” one user wrote sarcastically.

At least we ALL know how she REALLY feels about that pic.twitter.com/BN4Tsu5jO4

She shouldn’t bother. At this point everyone knows she doesn’t want to do it.

This year’s Christmas theme remains undisclosed so far, however Melania Trump has been a common target among critics in the past. Last year, she was attacked for her predominantly bright white decorations, while in 2018, Trump haters mocked her move to have blood-red trees installed around the White House, joking that they resembled characters from The Handmaid's Tale.

Can't wait to see the result of her Christmas decorating. Will be another bloodbath looking Christmas? Will it be a blackhearted one? Will there be anything at all since the bitchfest that had been recorded?
Maybe she'll invite da chiderin to come?

I’m assuming more of this pic.twitter.com/ATsOHsPPK0

It’s going to be a dark Xmas, like her feelings for her chump of a husband!!! OR, maybe extremely cheerful cause she knows it’s her last one!! Hmm, the options!!! Lol pic.twitter.com/XoS0GEzs5h