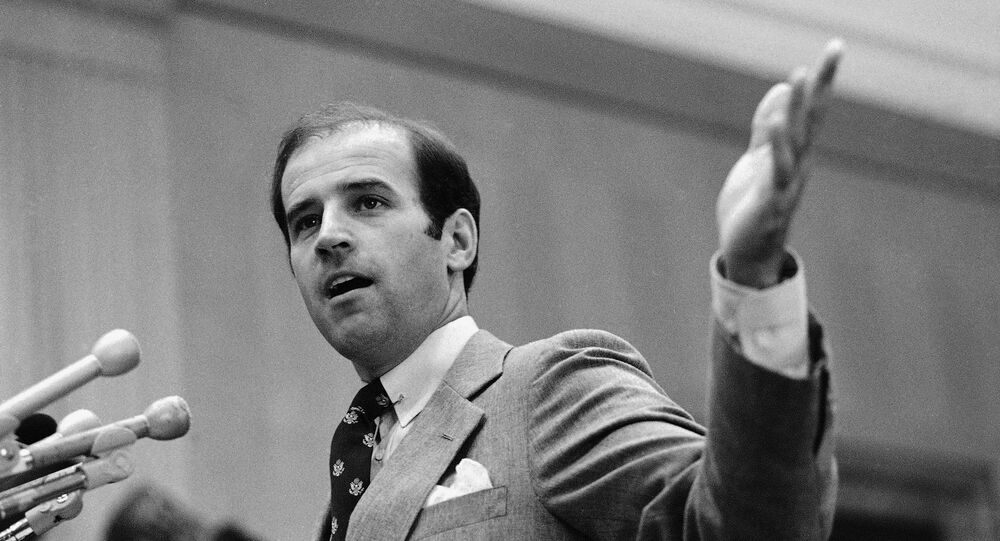 The video in question features an interview Joe Biden gave during his visit to USSR back in 1979.

While the final outcome of the 2020 US presidential election yet remains to be seen, a peculiar tidbit related to Democratic candidate Joe Biden's not-so-recent past has surfaced on YouTube.

A minute and a half video from Soviet media archives features an interview Biden, then-chairman of the European Affairs subcommittee of the Foreign Relations Committee, gave when he and a group of US senators visited USSR back in 1979 to discuss arms reduction.

"Your leaders were most cooperative, most generous with their time, and, all and all, all six of my colleagues and I found it a very, very useful visit, and we're sorry we're going home so soon", Biden can be heard saying to a Soviet reporter.


With US mainstream media portraying him as the winner of the 2020 presidential election, Joe Biden has already been congratulated by some world leaders, including French President Emmanuel Macron and Canadian Prime Minister Justin Trudeau.

Trump's campaign, however, moved to raise several legal challenges against the election results in a number of key swing states, with US President Donald Trump himself not conceding defeat yet.