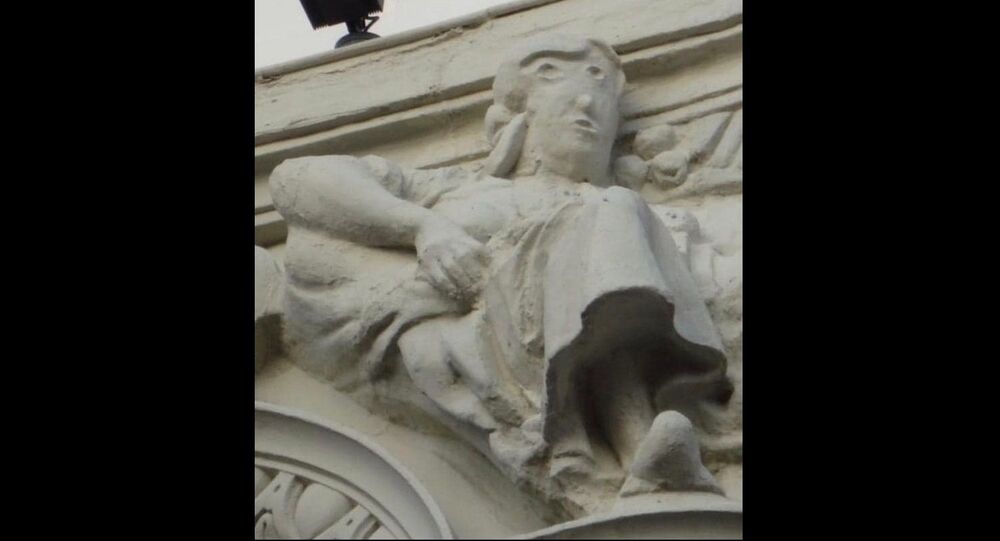 Social media users are mocking the restored statuary, dating back to the early 20th century, that was supposed to look like a woman with a bright smile on her face, but the result looks more like a surprised man.

Restorers have failed to reproduce the original version of a Biblical statue placed on the facade of the Unicaja Bank headquarters in the Spanish city of Palencia, according to images circulating online.

A local artist, Antonio Capel Artista, kindly shared his photos of the restored statue on Facebook, showing what looks more like a "cartoon character", as he said. The artist called on those responsible to be brought to justice.

"I'm sure whoever did it got paid for it, but the bigger crime was committed by the person who commissioned it and then tried to carry on as though nothing was wrong", Capel wrote.

Capela also posted a picture of what the statue looked like prior to the restoration, which shows the blatant difference between the "before" and "after" versions.

A user on Twitter compared the restored statue to US President Donald Trump, suggesting he has the same hair cut and facial shape.

Another user commented on Facebook that the restoration "makes me want to cry".

The failed restoration reminded many netizens of the famous Ecce Homo (Behold the Man) fresco in the Sanctuary of Mercy church in Borja, depicting Jesus. The fresco, dating back to 1930, now looks more like a monkey after a failed attempt by an unskilled amateur to restore it. As a result, it became known as "Behold the Monkey", or "Potato Jesus".