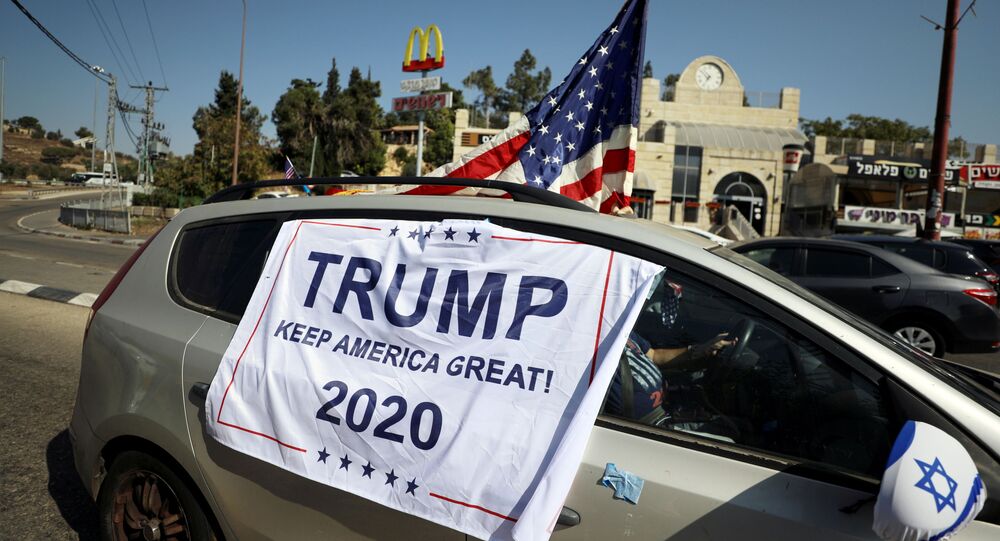 The US president insists that the fate of his second term is far from sealed as counting continues in several states and his legal team is preparing a barrage of lawsuits to dispute the results of the election over alleged violations.

The Jerusalem Post has reported that US President Donald Trump was offered a job by the Jerusalem Municipality if he fails to snatch victory in the presidential election out of Joe Biden's hands. The offer, which came in the form of a now-deleted Facebook post, suggested that POTUS could contribute to making Jerusalem "great again" in an apparent reference to Trump's election slogan.

"For the attention of the follower Donald J. Trump - you don't need to worry! Our new Jerusalem job board is updated with worthwhile offerings every day, and will make Jeruz great again. (In fact, it always has been)", the municipality's social media page said according to the JP.

The post was quickly deleted from the municipality's Facebook page, but not before the Israeli media outlet had managed to take a screenshot of it. According to the Jerusalem Municipality's spokesperson, contacted by the JP, the Facebook post was "uploaded inadvertently" and hence was removed after the mistake was discovered.

The now-removed post came in the wake of Democrat Joe Biden declaring himself the winner in the presidential election after several news networks called him victorious in Pennsylvania and Nevada, where ballot counting still continues. His Republican opponent, President Donald Trump, slammed the announcement, arguing that Biden "falsely poses as the winner" with the help of "his media allies", and stated that he won the 2020 election "by a lot". POTUS also promised to file numerous lawsuits starting on 9 November to dispute the results of the election, citing alleged violations.