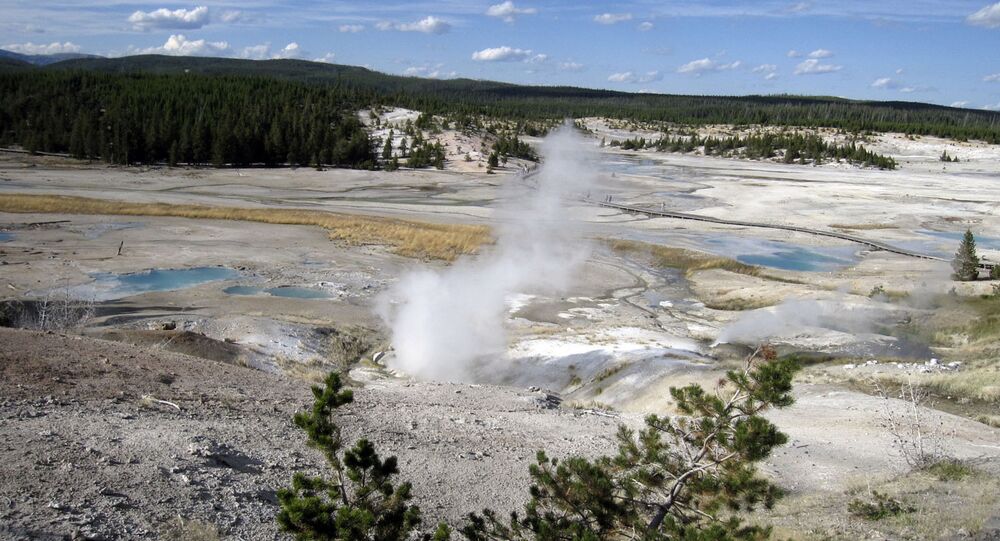 The attempted exotic chicken feast turned out to be quite an expensive dinner for an Idaho resident as, apart from being blacklisted by Yellowstone authorities, he received a $1,200 fine, according to reports.

A reported attempt made by an unnamed Idaho native to fry a chicken in a Yellowstone hot springs got Twitter users a moment to relax from the US post-election turmoil.

The incident roots back to August, according to a report by the New York Post, when park rangers were alerted to the hydrothermal hot-pot sesh after reports that there were people hiking to Shoshone Geyser Basin with cookware. An investigation led them to discover two whole chickens in a burlap sack right in a hot spring.

After learning that the Idaho resident had been banned from Yellowstone National Park following the incident, netizens raised several questions. First of all...

Question is did it cook?

Did it work though?

I mean is that wrong? IF someone had told me..... pic.twitter.com/lG046vhtjC

​​While no answer was given to those, twitterati went on to wonder whether attempting to cook a chicken in a hot spring would mean to fry or boil it.

Technically, wouldn’t they be boiled....ew, yuck.

​Some suggested that this is the future of environmentally-friendly cooking.

​Other users offered some cursed gifs to fit the situation.

​While the rest apparently feared the possible aftermath of the Idaho man's venture.

America is no longer free. 🐔

First they came for our hot spring fried chicken . . .

​In Yellowstone, one is not allowed to place objects of any kind or enter any part of the hot springs themselves, as geyser water reaches 143 degrees F (61 degrees C) on average, and poses a risk of instant death, or, at the very least, scalding. And even though the rule does not appear to directly prohibit the cooking of whole chickens, the hapless Idaho wanna-be-chef received a $1,200 fine and a ban from the Yellowstone authorities.

Video: Yellowstone’s Giantess Geyser ‘Back to Life’ For First Time in Six Years