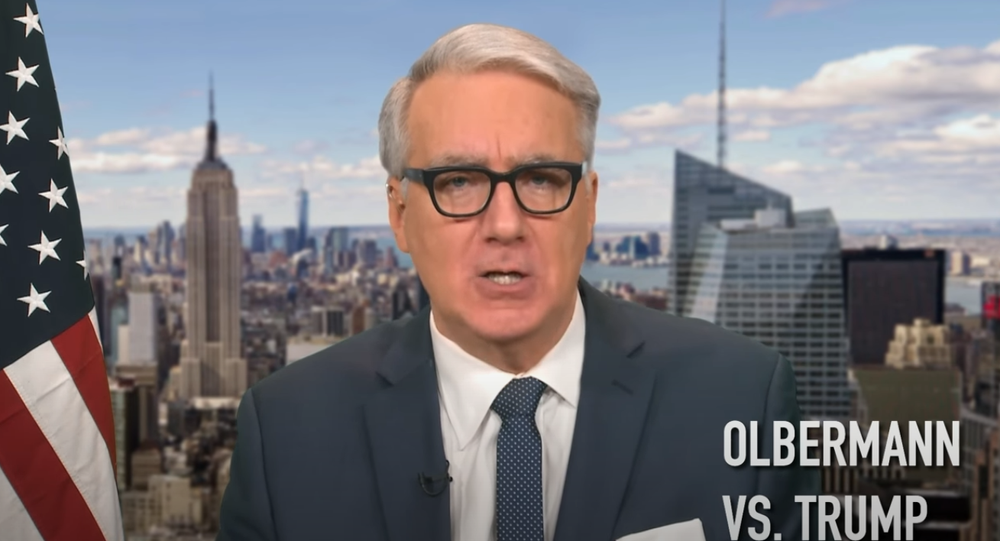 American sports commentator and political pundit Keith Olbermann is feeling the wrath of Twitter after he tweeted that US President Donald Trump was “a whiny little Kunta Kinte.” The 61-year-old claims his dated “personal lexicography” is to blame for the insensitive social media post.

“Yes @realDonaldTrump has always been, will always be, and on the day of his bid for re-election, still is: a whiny little Kunta Kinte,” Olbermann tweeted in response to a video of Trump bashing Fox News while calling into the network’s “Fox & Friends” morning news show on Tuesday.

Kunta Kinte is the original name of the protagonist in “Roots: The Saga of an American Family,” a 1976 novel by author Alex Haley. The book - later made into multiple TV miniseries and movies - is a work of historical fiction that followed the life of Haley’s enslaved ancestors.

Kinte was viewed as stubborn by his enslavers because he did not accept “Toby” as his new name, despite being whipped for his defiance. He attempted to escape slavery a total of four times, with the final effort ending in his enslavers cutting off part of his right foot.

Y'all get entirely too comfortable. Da fk does this mean? pic.twitter.com/Ji0O1MYm0d

Me to Keith Olbermann: pic.twitter.com/G4GQ6FTSPj

This tweet is disgusting and makes no sense. pic.twitter.com/dY7GuBrSlv

Olbermann, hours later, attempted to clarify his tweet, claiming to have been attempting to use a dated “70's-80's technique” to call someone a c**t without explicitly saying the sexist slur.

Just logged back in: I apologize for my previous subtweet of this. I was using an old 70's-80's technique for calling somebody a c*** without writing/saying c***, just using a sound-alike to call Trump a c***

Deleting previous, largely because this one clarifies the c*** part https://t.co/hIIrt1Ke17

Trying to figure out why would a white man call another white man Kunta Kinte.
Is that a code for something?? pic.twitter.com/z4IVzb310K

Wait.. so white folk use “Kunta kinte” as a substitute for c*nt?

Keith Olbermann: “wait it’s 2020! I can’t use a misogynistic slur. I know I’ll make a white supremacist turn of phrase instead!”

How 'bout choosing a word that doesn't use racism OR a nasty word for a woman?

Call him a whiney little weenie or something.

Dear @KeithOlbermann, #Kunta is pronounced with a long “u” as in unity, not a short “u” as in cup.

Burton also changed his Twitter profile picture to a photo of him portraying the character while on the set of “Roots.”

“And you can never keep your personal lexicography as much as you’d like, so I especially appreciate the suggestions in this thread that ‘See you next Tuesday’ is the modern acceptable euphemism,” Olbermann concluded in his so-called apology.