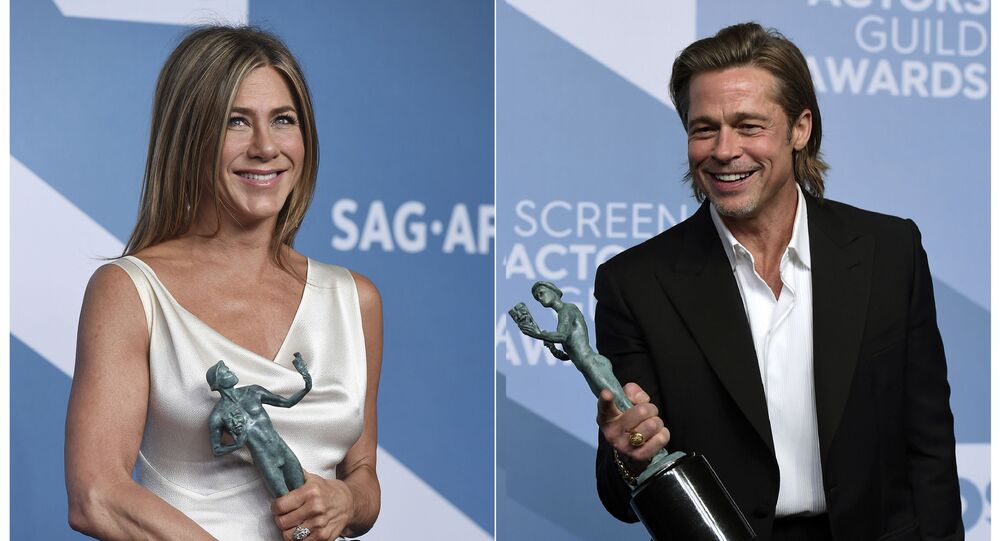 Pitt and Aniston married in 2000, and divorced five years later, citing "irreconcilable differences". The actors, however, remained good friends, and in September they reunited for a performance - for the first time in almost two decades.

Matthew McConaughey, who joined Brad Pitt and Jennifer Aniston during an online table read amid the pandemic, said he could feel "the sexual tension" between the ex-spouses.

"Could I feel the heat through the screen of Brad? So palpable. Yeah, yeah, it was so palpable", he joked during an appearance on "Watch What Happens Live" earlier this week. "I noticed that after, that a lot of the topics were about that, or about them... No, I actually didn't notice anything through the screen, but that made for a good topic the next day".

The actors convened last month to read the American cult classic, the 1982 teen drama "Fast Times at Ridgemont High", with many other stars participating in the virtual event, including Morgan Freeman, Julia Roberts, John Legend, Shia LaBeouf, Henry Golding, Ray Liotta, Dane Cook, and, of course, Sean Penn, who played one of the roles in the movie.

In January, Pitt and Aniston had a friendly exchange behind the scenes and were photographed hugging and congratulating one another at the Screen Actors Guild awards ceremony, sparking a social media frenzy, with users hoping that the actors might get back together.

In the late 1990s and early 2000s, Pitt and Aniston were Hollywood's most-loved couple. They, however, divorced in 2005 amid media speculation that Pitt had been cheating on Aniston with his Mr. & Mrs. Smith co-star Angelina Jolie.

Pitt went on to date, marry, and divorce Jolie, with whom he has six children. Aniston was married to actor Justin Theroux from 2015 to 2017.