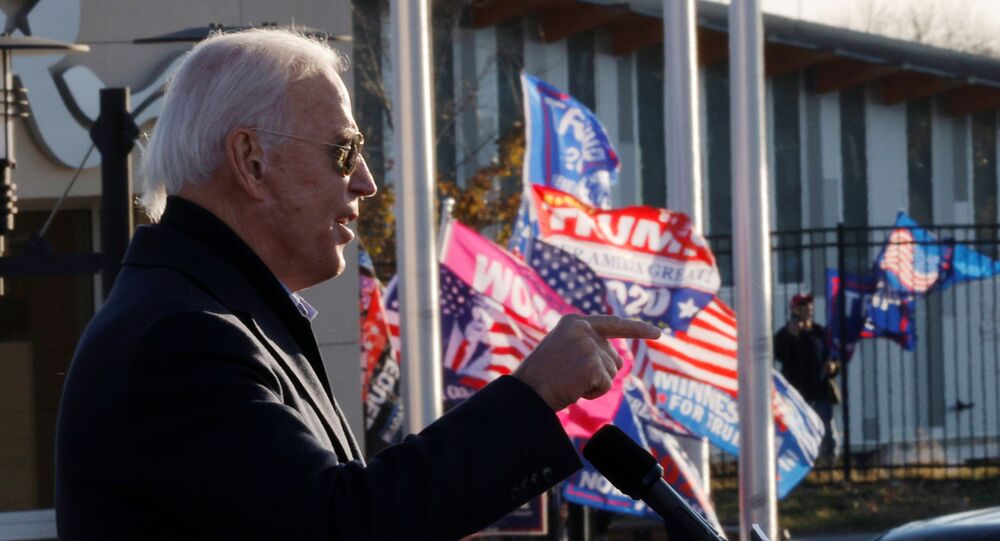 On Friday, President Donald Trump and Democratic nominee Joe Biden barnstormed across Midwestern battleground states in a bid to rally support just days ahead of the 3 November election.

Democratic presidential hopeful Joe Biden has been criticised for describing Donald Trump's supporters as "ugly folks" after they interrupted his speech at a Friday drive-in campaign rally in St. Paul, Minnesota.

"These guys are not very polite, but they're like Trump", the former vice president said, referring to enthusiastic POTUS supporters in the background of the rally who blew whistles and horns as Biden hit out at Trump's handling of the COVID-19 pandemic.

The Democratic nominee added that "Dr Fauci called for a mask mandate last week", saying "this isn't a political statement like those ugly folks over there beeping the horns; this is a patriotic duty, for God's sake".

Just a week after he called them "chumps" in Pennsylvania

Democrats aren’t even trying to hide their contempt for the American people at this point.

Biden's remarks came after he berated Trump supporters for trying to disrupt his campaign event in Pennsylvania last weekend, calling them "chumps".

Many netizens have meanwhile scolded the ex-vice president for his "ugly folks" jab, with some drawing parallels between Biden and former US Secretary of State Hillary Clinton who also did not think twice before using rather strong language with respect to all those who support Trump a few months ahead of the 2016 US presidential elections.

the deplorable and now the ugly folks ... same old same old ... the so called wannabe president of ALL american ... BS Joe will remain BS Joe

In 47 years Biden has accomplished NOTHING, and yet Morons will vote for him. Unbelievable.

call the American voter ugly 🤦‍♀️ This gentleman is senile

We are now ugly and chumps but he is going to unite the nation. Really??

That is hilarious. The Trump people outnumber his supporters at every one of his stops. 😂

Speaking at a fundraiser in New York City in September of that year, then-Democratic presidential nominee Clinton claimed that half of Trump’s supporters could be "put into the basket of deplorables" and that they are allegedly characterised by "racist, sexist, homophobic, xenophobic, and Islamaphobic" views.

Jason Miller, then-senior communications adviser for the Trump campaign, was quick to respond by saying that "just when Hillary Clinton said she was going to start running a positive campaign, she ripped off her mask and revealed her true contempt for everyday Americans".