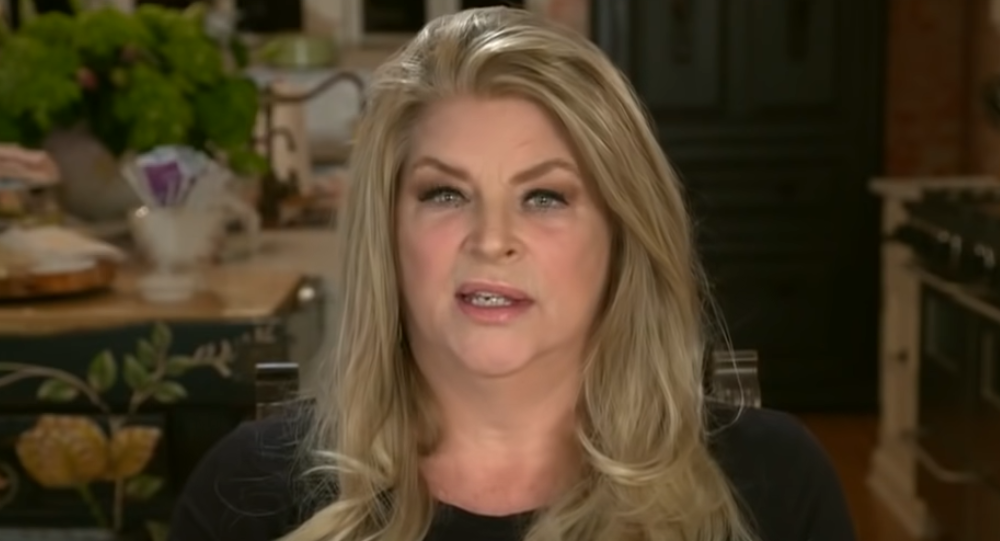 The Twitter account of CNN Communications decided to get extra petty when responding to programming grievances raised by US actor Kirstie Alley, a vocal supporter of US President Donald Trump.

Alley, 69, took to Twitter Friday morning and issued a boisterous rebuke of CNN, arguing the outlet’s coverage of the COVID-19 novel coronavirus is the reason her “personal friends” are “walking around in SHEER TERROR of contracting COVID.”

The highly contagious disease is now in its third wave, and the anticipated resurgence and spreading of the coronavirus has resulted in renewed lockdowns in countries like France and Germany.

“FEAR OF DYING IS THEIR MANTRA! OMG!” Alley added.

Omg CNN you are worse than MARSHA MARSHA MARSHA
Why don’t you report on JOE BIDEN AND HUNTER BIDEN reports and evidence of COLLUSION with UKRAINE RUSSIA AND CHINA? Instead of
COVID COVID COVID

I pity your viewers who you control with FEAR FEAR FEAR

“Kirstie, you are welcome to change the channel - just like countless viewers did every time ‘Veronica’s Closet’ came on TV,” read the outlet’s communications team response, which referenced a late ‘90s sitcom starring Alley as the titular Veronica - the head of a lingerie company based in New York City.

Kirstie, you are welcome to change the channel - just like countless viewers did every time “Veronica’s Closet” came on TV. But don’t downplay the loss of nearly 230K American lives. And please, wear a mask.

The show was ultimately canned after a timeslot change in its third season brought about a reported 50% decline in viewership and proved the show could not draw viewers reliably on its own. NBC aired Alley’s sitcom after “Seinfeld,” which boasted tens of millions of viewers, in its first season, and after “Frasier” in its sophomore season.

However, with Alley’s recent vocal support of Trump and her decadeslong, high profile membership in the Church of Scientology, the Kansas native is presumably used to polarizing people.

“Meow ...if only you paid as much attention to [Democratic presidential challenger] Joe Biden’s alleged corrupt business dealings as a TV show that was rated top ten in 1997..... guess you got that wrong too,” she quipped in a follow-up tweet.

“Chronic FEAR mongering doesn’t help ANYONE physically or mentally,” she said in a separate social media post.
She continued to capitalize off her newfound social media relevancy on Friday with a series of pro-Trump tweets.