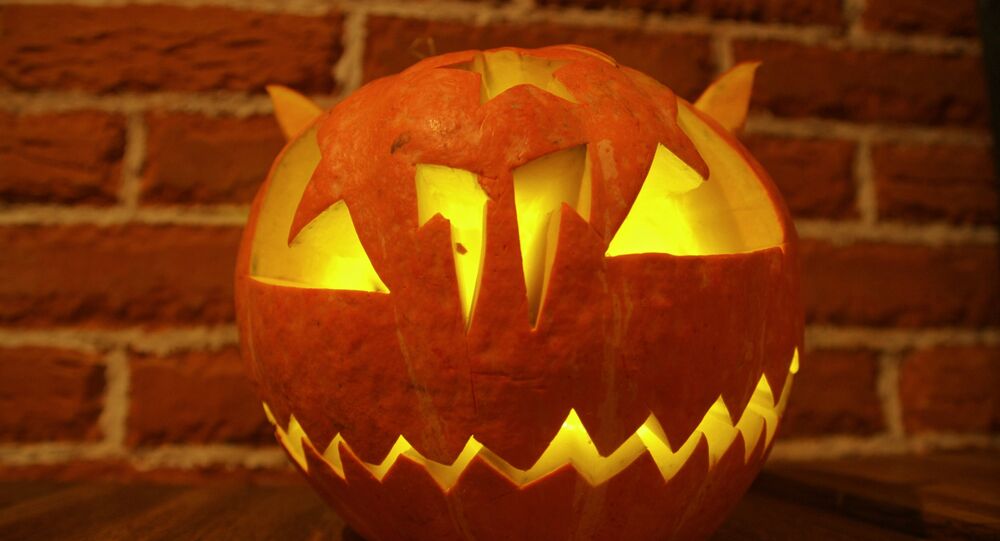 In the run-up to Halloween, followers of the CIA Twitter account had the opportunity to test their observation skills, as the Central Intelligence Agency tweeted two seemingly similar spooky scenes complete with pumpkins, graveyards and bats, calling upon users to spot the “disguised differences”.

Can you spot the disguised differences? pic.twitter.com/kYV6GN9veo

​Many Twitter users eagerly rose to the challenge, retweeting the images to say they had spied up to 13 differences between the pair of pictures.

I found 11 differences, when will I take up my job with you? pic.twitter.com/B1r5w1mDPV

These are the disguised differences. pic.twitter.com/lgNeYVuhEk

Not all netizens appreciated the Halloween spirit of the post.

so this is where my tax dollars are going

Don’t you have more important things to do?

It is really weird that the cia tweets this stuff. Really does feel a little “secret message being sent to Jason Bourne” None the less upside down pumpkin-1 pumpkin by house-upside down bat-different cross-opposite witch-bigger ghost

100% agree, creepy disguised message that’s what it is

sure is spooky to see spooks marketing themselves to children due to...reasons? lmao yall are wild

​Some users offered a creative take on the meaning of the images posted by the CIA.

It a way to find new recruits

I think the house on the bottom left is a Bulgarian fingernail factory? Top right window is where Pinochet practiced throwing people out of helicopters, and the top left is where ms13 was trained 💁‍♂️

Are those the ghosts of US citizens that the CIA has assassinated without trial?

​Others applauded the effort by the CIA to ‘engage”.

This makes me forget about all that other awful stuff you guys do, any chance we can get a color by number of Salvatore Allende

Great engagement on these, @CIA. Hopefully that means more to come.

How many of the swimmers will dive in at https://t.co/hneNmaNl1B ?

​It transpired there were a total of 13 differences between the images posted by the CIA on Twitter. The agency has encouraged similar “spot the difference” puzzles on its dedicated page Spy Kids, aimed at drawing the attention of youngsters to look further at the agency .

Unicorns, Skeletons and Superheroes: Halloween at the White House