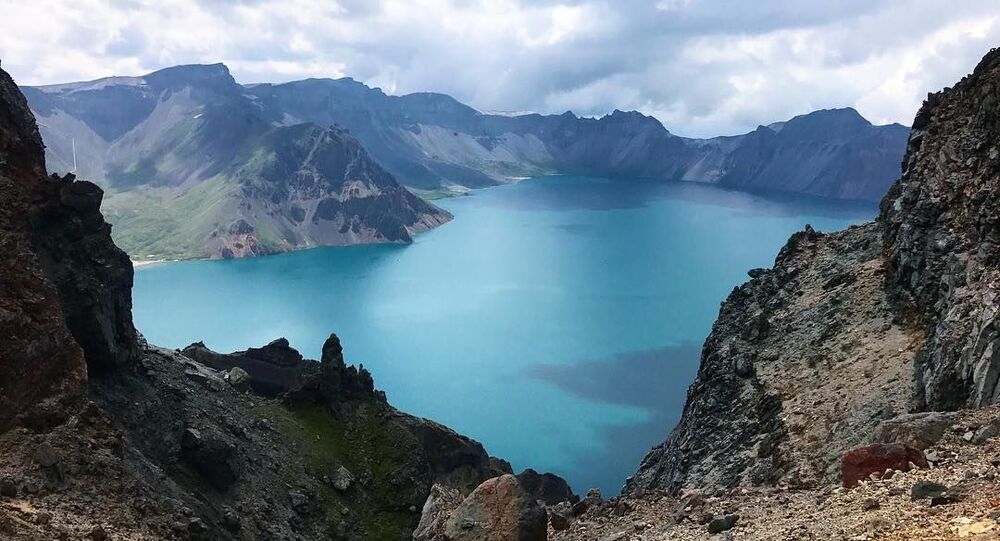 The person who reportedly spotted the alleged creature argued that the area in which the sighting took place is "completely closed to the public" and thus "there would be absolutely no one there".

A peculiar sight was recently caught on camera by a national park worker at Heaven Lake (Tianchi) in China's Jilin province, which may or may not be the elusive “Chinese equivalent to the Loch Ness Monster”, the Daily Mail reports.

According to the newspaper, the lake in question is rumored to be harbouring some kind of enigmatic beast that has allegedly been seen by dozens of people since 1962.

And now, Xiao Yu, who has "worked at the Changbai Mountain National Park as a souvenir shop assistant for the past decade", and who has also been "documenting the area's weather" with videos which he shares daily on Douyin - as TikTok is known in China - apparently spotted the creature on 20 October.

​"Yesterday, I went to Heaven Lake to film footage as usual," he told the newspaper. "I didn't notice it at first, but I suddenly saw a black dot."

"I'd had similar sightings before but they were clearly fishing boats", Xiao Yu added. "But this time, I could not tell what it was. It definitely wasn't a boat."

He also insisted that "the area by the lake is completely closed to the public" and thus "there would be absolutely no one there", though the newspaper noted that the North Korean military would occasionally fish on the lake which is located on the border between China and North Korea.