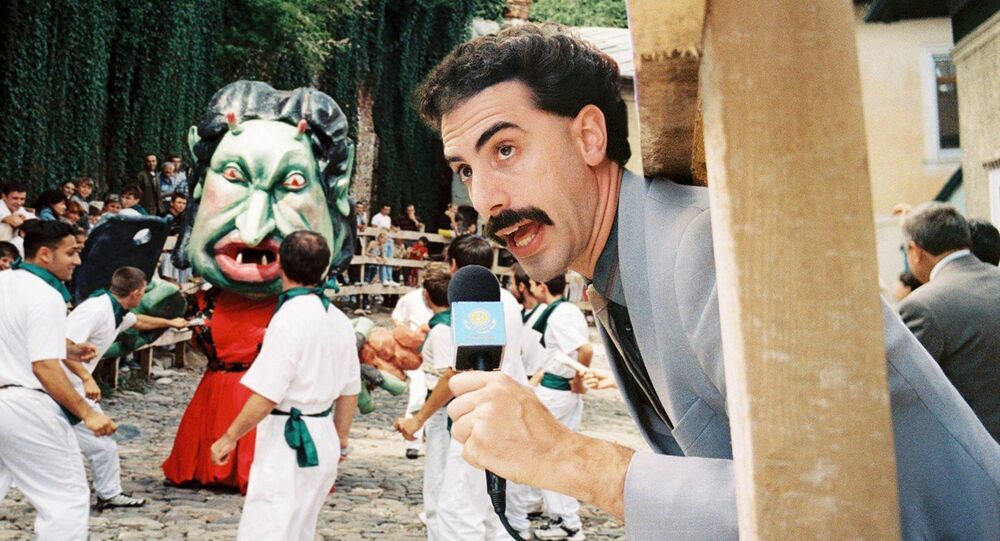 During his escapade, Cohen reportedly had to hide in a bathroom "listening to conservative men go to the toilet for five hours", all the while dressed in his fat suit disguise.

Popular actor and comedian Sacha Baron Cohen has recently offered an insight into the making of a particular scene of his upcoming movie, "Borat Subsequent Moviefilm".

During an interview with The New York Times, Cohen explained how he managed to make an appearance at US Vice President Mike Pence's speech at a Conservative Political Action Conference earlier this year, costumed as Donald Trump and carrying on his shoulder the actress playing his (the film character's) daughter "as a gift from Kazakhstan for 'Vice Premier' Mike Pence".

"Bear in mind, I spent five hours in makeup that morning with the prosthetic team changing my face into Trump’s face," he said. "This fat suit is huge. It’s a 56-inch fat suit to turn my waist into Trump’s because we had estimated that was the most realistic."

Security was in place to "check everyone’s bodies going through", and when a wand wielded by one of the guard's started beeping, Cohen had to improvise and claim that it was reacting to his defibrillator.

"Then I ended up hiding in the bathroom, listening to conservative men go to the toilet for five hours until I broke into the room. We were surrounded by Secret Service and police and internal security," Cohen recalled.

The film, whose full title is "Borat Subsequent Movie Film: Delivery of Prodigious Bribe to American Regime for Make Benefit Once Glorious Nation of Kazakhstan," is expected to premier on Amazon on 23 October.