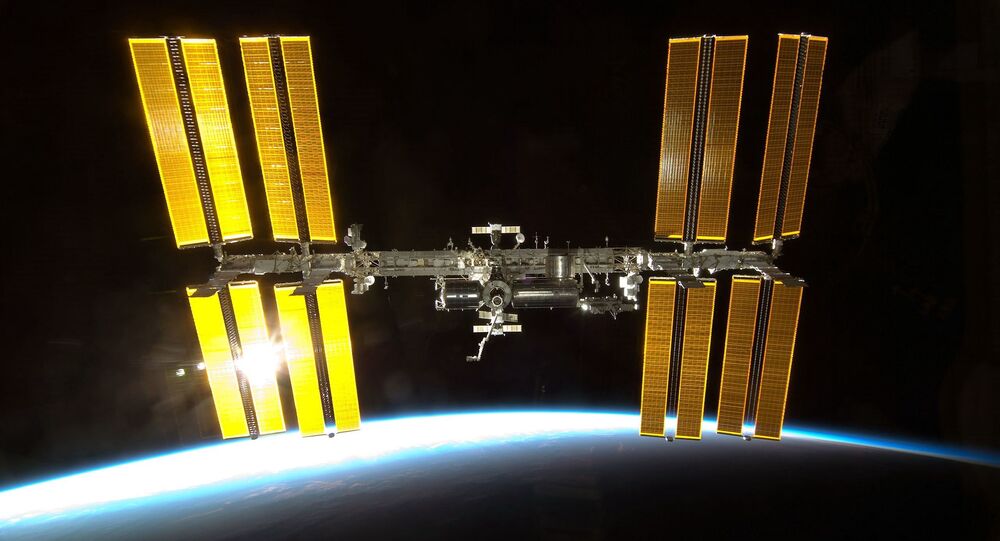 The video was recorded on 11 October by a user named Christina, who decided to watch the ISS live feed. The user then sent the footage to the host of the YouTube channel MrMBB333, which is dedicated to mysterious sightings.

Three mysterious black objects were spotted near the International Space Station. One of them, which appears to be quite big, performed a manoeuvre that the host of the MrMBB333 YouTube channel described as "nothing on Earth that I have seen" – the object first went down and then straight up into space at high speed.

"I’ve never seen anything like it, this is very unique", said the host, commenting on the complex manoeuvre.

The video instantly went viral when it was posted on 12 October. The footage has been viewed almost 160,000 times and become the subject of heated debate.

Some users wondered why the camera on ISS records such low-quality videos, while others tried to provide an explanation.

"With camera technology today, why is it pics of anomalies are out of focus never any clarity", wrote one user.

Some netizens weighed in on the origin of the mysterious black objects, with a few believing that there was nothing mysterious about them…

"It’s just some stuff on the outside of the ISS’s window", one user wrote.

Another netizen suggested: "A piece of debris 10 feet in front of the camera that is out of focus”.

…Other netizens believed that the objects were not aircraft, but extraterrestrial creatures.

"Moves like insects or animals as if in water, except that its high in the atmosphere. Maybe its life of a different sort”, wrote one user

Still others contended that the objects are a sign of a looming apocalypse and joked that one politician had gone to greater lengths in order to get re-elected...

One netizen wrote: "Ufo activity is definitely increasing, around the world. We're definitely living in the last days.The signs are in the moon and sun too. Wake up earthlings".

"It was just one object pulling a banner that says vote Trump", another user wrote.