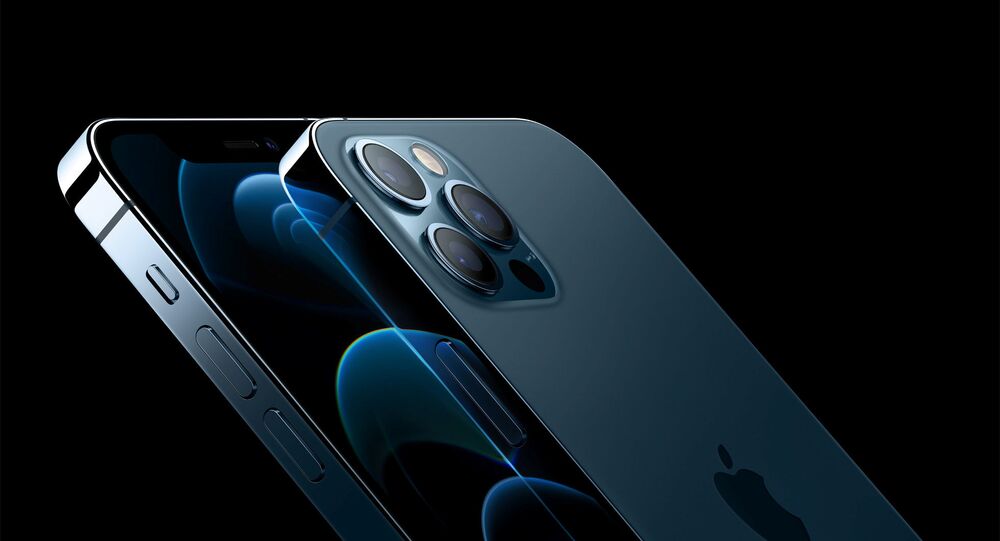 The new model presented on Tuesday has faster 5G connectivity and comes in a new design which is, as many have noticed, much similar to the iPhone 5 because of the shape of its body.

Following the release of the next-generation iPhone, Twitter users rushed to comment on the news, posting jokes about the design and technical specifications, as well as citing some "classical" beliefs about the iPhone.

Most comments pointed to the "lack of creativity" of the iPhone 12 designers, since this year's version significantly resembles the well-known iPhone 5, with the exception of the dual-lens camera.

iPhone 5 with full screen and they slap that 2 camera and call it iPhone 12 pic.twitter.com/8S3GkkU7Wd

Some suggested that the company is now set to make lots of money, referring to the conspiracy theory that Apple is deliberately interfering with the operating system on previous generations to force customers into buying its new gadgets. Back in 2017, the company actually admitted to intentionally slowing down older versions without notifying customers.

Apple after pressing the button to slow down older iPhones so people will buy the iPhone 12#AppleEvent pic.twitter.com/HhekDP6Dss

Those who believe Apple is still doing that, expect "glitches" on their own devices, including those released in 2019.

​Others pointed out that Apple announces a new iPhone every year but the devices are not so much different from each other, with just a few new characteristics added, however, the customers are still ready to wait in hours-long lines in order to get the anticipated device.

Iphone 12 in a nutshell 📱#AppleEvent pic.twitter.com/nPHeFX9DVG

apple explaining the difference between the iphone x, xs, 11, and 12 pic.twitter.com/WLVH5BOyIY

Me seeing Apple iPhone 12 will still have that ugly a** notched screen.... pic.twitter.com/gDR2GNaRpZ

Others giggled about typical iPhone users who consider Apple devices something fancy and a must-have, even if they cannot actually afford it.

Iphone users now that the iPhone 12 has been announced #AppleEvent #Apple pic.twitter.com/HwKzUEyKhm

Should I go into debt and buy the new iPhone 12 pro pic.twitter.com/BwQmleDohR

Finally, users joked that as soon as a renewed version is unveiled, the previous generations are automatically considered "outdated".

When you bought the iPhone 11 3 months ago and you see the new iPhone 12 pic.twitter.com/RNyWbP9Lpa