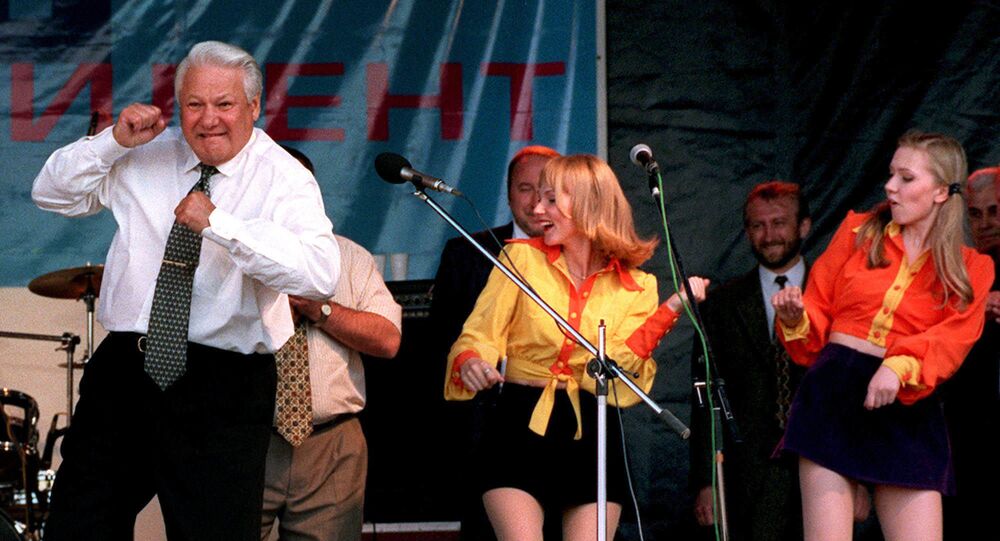 Donald Trump held a lively hour-long campaign rally in Florida on Monday evening, dancing to the Village People’s 1978 hit song YMCA, gesturing profusely and promising to give supporters a “big fat kiss” after making a full recovery from the coronavirus.

President Trump’s fist-pumping dance moves while on the stage in Sanford, Florida reminded former US ambassador to Russia Michael McFaul of those of another president – Boris Yeltsin.

Commenting on Trump’s performance on Twitter, McFaul, who served as ambassador to Russia between 2012 and 2014 before being banned from stepping foot on Russian soil shortly thereafter, said the Trump dance video brought to mind “a very ill Boris Yeltsin running for reelection in 1996.”

This video reminds me of a very ill Boris Yeltsin running for reelection in 1996. Anyone else remember his dancing? https://t.co/mrY141QJG8

“Anyone else remember his dancing?” the former diplomat asked.

The tweet was soon overwhelmed with comments by Trump-haters, receiving over 1,900 comments, 4,500 retweets and 17,500 likes.

Users quickly recalled the world-famous clip of Yeltsin enthusiastically dancing, smiling and pumping his fists in the air during campaign stop in Rostov, Russia in the summer of 1996. Only years later was it revealed that Yeltsin had suffered several heart attacks while out on the campaign trail.

Not everyone agreed with McFaul’s comparison, with at least one user suggesting that both Yeltsin and Trump were no comparison to Rodney Dangerfield and his legendary dance in Caddyshack.

Yeltsin and trump dancing like this (no offense Rodney) pic.twitter.com/4QGjDByt1W

Others recalled other memories of Yeltsin, some of them less flattering than his election dance.

My main memory of him is being too drunk to get off the plane when he came to Ireland.

This wasn’t the first time McFaul, a fierce Trump critic who joined other Democrats claiming that the president has ‘colluded’ with the Kremlin, compared Trump’s health to Yeltsin's. Last week, he suggested that Trump’s coronavirus diagnosis felt “eerily familiar” to the “evasive scripts, staged photo ops, and false health reports from the late Brezhnev era and the late Yeltsin era.”

For those of us who remember the evasive scripts, staged photo ops, and false health reports from the late Brezhnev era and the late Yeltsin era, this moment feels eerily familiar.

Trump recovered from the coronavirus less than two weeks after his diagnosis, with White House physician Sean Conley announcing late last week that the president would be able to make a "safe return" to public events by the weekend.

The Russian Foreign Ministry added McFaul to its 'mirror sanctions list' in 2016 for his role in destroying Russia-US relations, making it impossible for the diplomat and academic to travel to the country.