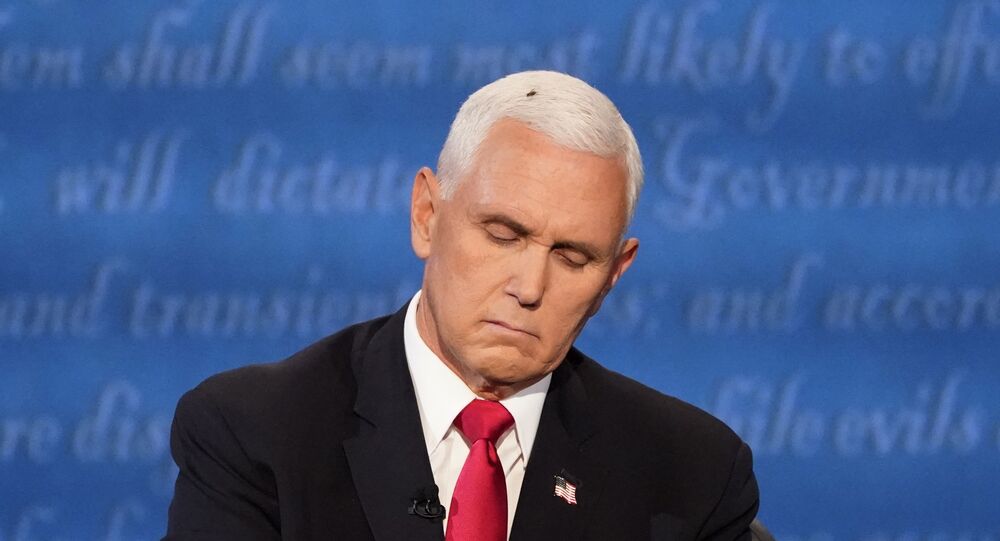 The US Vice Presidential debate last Wednesday was highlighted by the arrival of an unexpected guest that has entered the history books as the ‘Mike Pence Fly’ after the insect landed on the official’s head while he was discussing racial issues.

Vice President Mike Pence revealed that he was not aware of the presence of the fly that became a social media star during his debate with Senator Kamala Harris when the two crossed swords on 7 October.

Speaking to Fox News, Pence said that it was actually his adult children who told him about the insect, which comfortably settled down on his white hair and stayed there unbothered for about two minutes, as he was giving his speech.

“They’re the ones that told me. I didn’t know he was there,” the vice president said with a smile on his face.

“They all told me, ‘Dad, you did OK,’” he added, referring to his three children. “But they did tell me about the fly. And it was a good laugh for all of us.”

As debate was still in progress, the fly soon became a centerpiece of memes, parodies and even got its own Twitter account where “it” acknowledged to have gotten “the best seat” for the debate.

At least you understood 2 minutes pic.twitter.com/BEuLrLTZ8z

The Biden-Harris campaign team has also soon started selling merchandised fly swatters, as mocking t-shirts and other attires related to the moment have now been put on sale by other enthusiasts who found the situation hilarious.