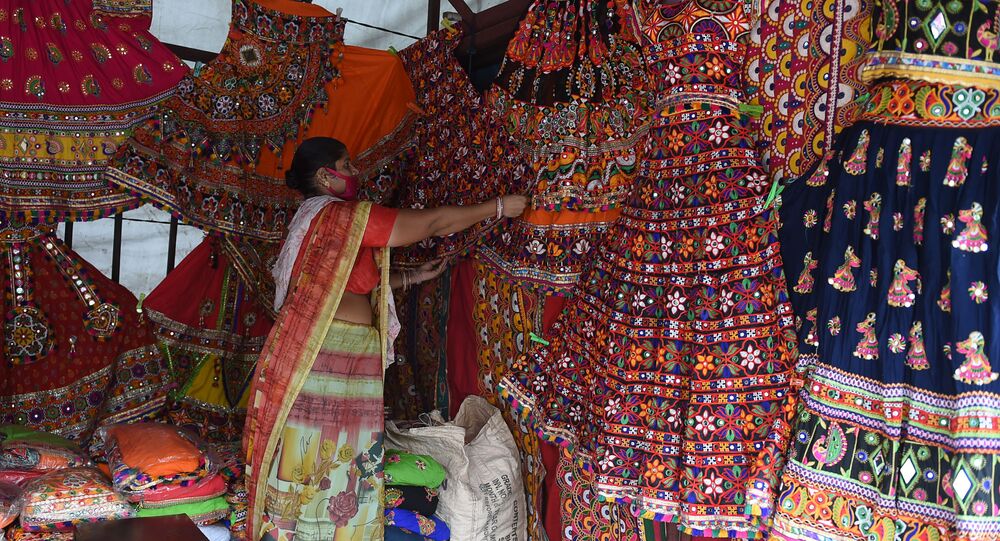 ‘Navratri’, the “nine nights” of worshiping Goddess Durga is celebrated across India, but its fanfare in Gujarat state is usually unmatched due to its grandeur.In addition to people celebrating it by fasting and offering prayers in temples, the festival is marked by young men and women folk dancing to the tunes of Garba music.

With COVID-19 dampening the spirits of Hindu devotees across India during the festival season, a traditional “Garba” folk dancer from Gujarat state managed to turn a white PPE kit into a vibrant Navratri-themed outfit.

Anuj Modiliar has designed a special PPE kit, mask and headgear to express gratitude for the frontline workers fighting against the coronavirus in India.

"Though the government has banned Garba, I wanted to thank COVID-19 warriors like doctors, police, politicians etc. by depicting them in PPE-themed Garba dress," ANI quoted Modiliar as saying.

Several Indian states, including Gujarat, where the nine-day Navratri festival is celebrated with much fanfare, have banned the celebrations to avoid the gathering of a huge number of people amid the coronavirus outbreak in the country.

This would be the first time in the recent history of Gujarat state that there would be no Garba events during the festival. However, the state government has allowed the no-contact worship of Goddess Durga.

The festivities have been scaled down in Maharashtra, Delhi, Goa and other states, with the government issuing guidelines in terms of restrictions.

India's caseload has topped 7.1 million as it catches up with the United States, currently the world’s most-affected country. According to the federal home ministry, the country has 861,853 active cases; it posted 67,000 new cases on Sunday alone. India recorded more recoveries than new cases for the ninth day today.