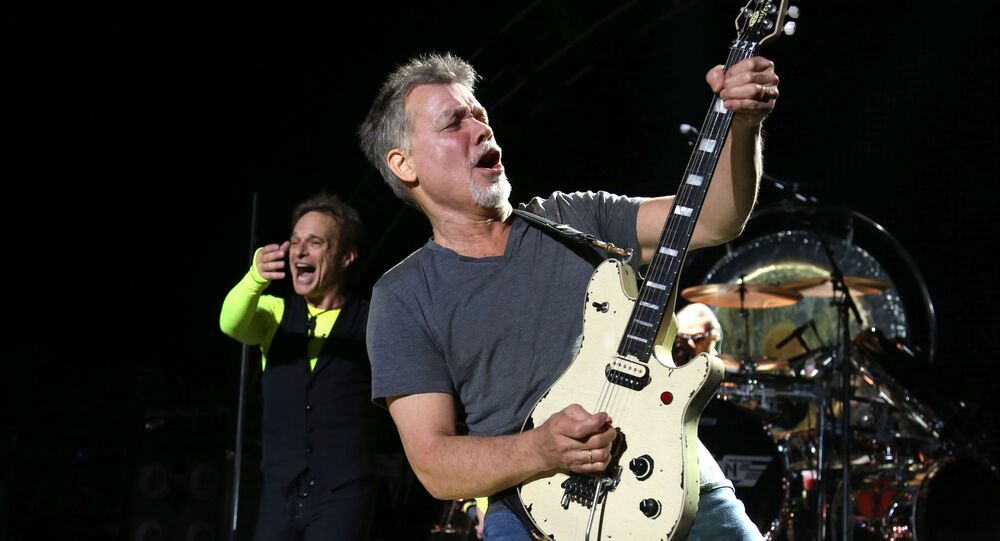 On 6 October, the tragic news broke that the legendary Dutch-American guitarist, Eddie Van Halen, co-founder of the iconic 1980s rock band Van Halen, had died at the age of 65 after a decades-long battle with cancer.

In a tribute to the sorrowful loss of legendary musician Eddie Van Halen, who passed away earlier this week at the age of 65 after years of struggling with throat cancer, a US Army soldier from Louisiana took to Facebook and stunned Netizens with a strong guitar performance.

26-year-old Army Staff Sgt. Austin West shared on Facebook a live tribute video, in which he played a mix of the late musician’s most famous works, including the iconic ‘Eruption’ solo guitar piece.

“RIP to a legend and inspiration Mr. Edward Van Halen! Here is my tribute to you and may you Rest In Peace!” West captioned his video.

The video immediately went viral on the social platform.

“I wanted to show my respect but mainly my emotions for what had happened,” West said in a statement to Military Times. “It felt great but not for myself but for Eddie!”

The guitar-tribute video has been viewed over 1.6 million times on West’s Facebook page and gained thousands of comments honoring the late legendary rock superstar and encouraging the 26-year-old’s talent.

West noted that the fact that his video went viral “showed how much love people had for him and what he’s done for music”.

“I don't think it could have been done any better great job! Thank you for your service,” someone commented on West’s video.

West told TV station WWNY that he started playing guitar at the age of 13 and one of the first Van Halen works he learned to play was ‘Eruption’.

“When you actually learn ‘Eruption’ on guitar and you’re 15 or 13 years old and it sounds completely horrible, you feel like a rock god. It’s just that power. This dude was making full songs with a guitar by himself. Insane,” West said.

In 2015, while in military service, West did a tour with the ‘US Army Soldier Show’. He is expected to join in the near future an Army music group, ‘As You Were’, for a three-year tour, according to WWNY.

West, who stated that “music is the universal language”, said that his message to Van Halen is that he had “inspired so many like myself and to ask if he’d like to rip up some tunes together!”