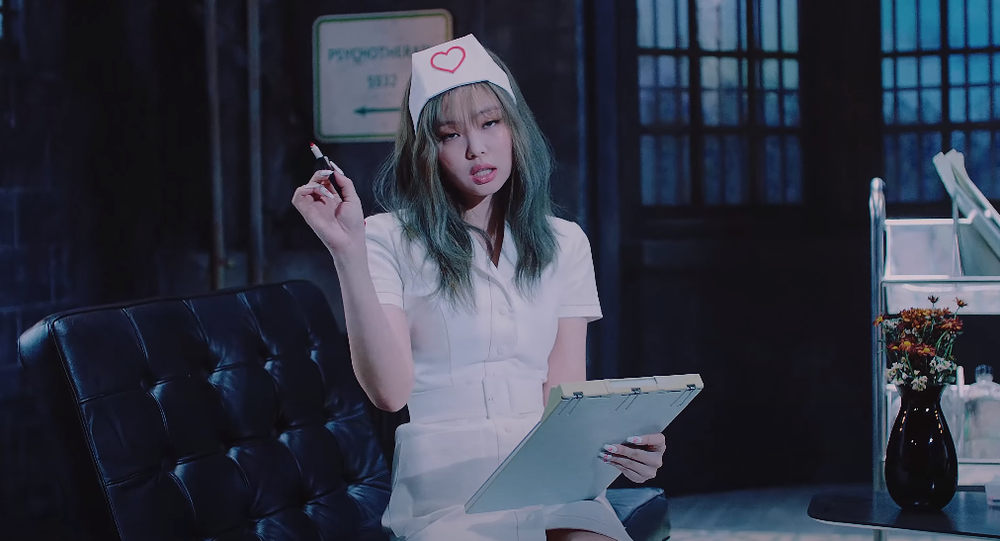 BLACKPINK’s recently-released MV “Lovesick Girls” for their new album has led to mixed reactions and a massive hashtag attack after one of the members, Jennie, wore a nurse outfit.

As soon as BLACKPINK’s new music video "Lovesick Girls" was dropped on 2 October, it raised controversy among Internet users.

Some said the group's label - YG Entertainment - had fuelled a stereotype by misrepresenting and sexualising a nurse with Jennie in a music video scene for the lyrics “No doctor could help when I'm lovesick”. They urged the agency to delete the controversial scene, while BLACKPINK's fans were supportive of the artist.

The fandom denied anything being wrong with the MV, expressing their reactions with the hashtag #YGDontDeleteTheScene, which ranked #1 worldwide on Twitter on 7 October at 5pm KST.

It was so silent when it comes to other groups but when it's Blackpink suddenly it’s too sexual. idc if they're gon hate us I DON'T FVCKING TOLERATE THIS

Medical outifit was already used in a lot in different kpop contents, but why did it became a problem when jennie wears it? She worked had for it! You guys are always just trying to find Jennie's flaws!

​In contrast, other people, including many medical workers, started trending hashtags such as #NursesAreNotCostumes, #Stop_Sexualizing_Nurses, and #nurse_is_profession, urging YG Entertainment to apologise to nurses, who are putting their lives at a risk during the coronavirus pandemic, and edit out the scenes from the music video.

Nobody is talking about the artist being sexual, the main point is that the outfit is sexualising nurse profession. Stop being irrelevant. #간호사는코스튬이아니다 #stop_sexualizing_nurses
#nurse_is_profession

Wearing skirts, nurse caps and highheels is sexualizing nurses. The clothes she is wearing in the MV are inappropriate enough to be criticized.#nurse_is_profession#간호사는코스튬이아니다

​Eventually, after the Korean Health and Medical Workers Union expressed negative opinions and disappointment over Jennie’s nurse outfit, the company issued an official statement to all those who felt uncomfortable or were hurt, promising to delete all the scenes portraying the nurse uniform.

"We have ultimately decided to delete all scenes involving the nurse outfit in BLACKPINK's 'Lovesick Girls' MV, and we plan on replacing the MV with the edited version as soon as possible.

We will take this opportunity to deeply reflect on the heavy responsibilities laid out before us through this issue, caused due to the fact that we were unable to predict the rise of such a controversy within the length of the MV's production as there was no external intention whatsoever.

We would like to deeply apologize to nurses who felt discomfort from this issue. And once again, we deliver our sincerest feelings of respect toward all healthcare workers devoting themselves to the wellbeing of our nation. Thank you", YG Entertainment stated.

BLACKPINK debuted in 2016 with the single "Square One" with the label YG Entertainment and quickly gained K-pop fans' attention with their visuals, unique charm, and rhythmic tracks. They soon became one of the biggest girl groups worldwide, turning every comeback into a global event, leading music charts both in South Korea and worldwide. With the MV "How You Like That" (2020) reaching 86.3 million views on the day of release, BLACKPINK set multiple Guinness World Records: the most-viewed music video within the first 24 hours of release and the most viewed YouTube music video in 24 hours by a K-pop group.

Earlier in 2020, BLACKPINK made a historic collab with Lady Gaga for her latest album “Chromatica”.