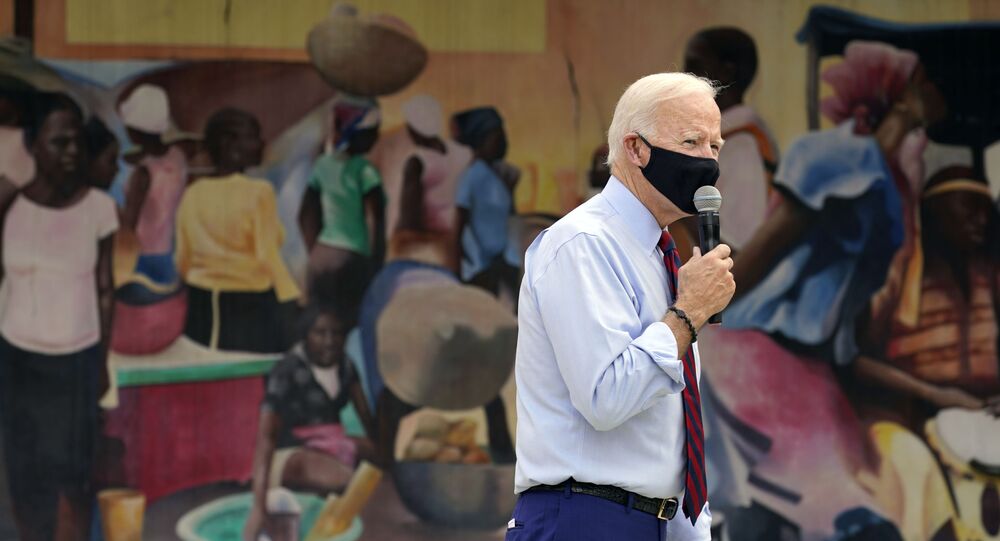 Democratic presidential candidate Joe Biden is known for sometimes rolling out surprising gaffes that sometimes can be seen as offensive, beginning from "If you support Trump, you ain't black" to being elected to the Senate "180 years ago".

During a campaign stop in Miami, Florida, on Tuesday, US Democratic presidential candieate Joe Biden caused cringe among social media users after spotting a group of young girls and noting that he would "want to see them dancing when they're four years older".

"The good news is, for me, I'm here. The bad news for you is I'm coming back", Biden said in his speech, standing in front of an audience in the Little Haiti Cultural Center. "And I want to see these beautiful young ladies- I want to see them dancing when they're four years older too".

"'The bad news is' creepy uncle Joe strikes again", one user said, adding "Yikes" after posting a video that showed a group of the girls Biden was referring to.

These are the young girls that Biden wants to see dance in 4 years. Yikes pic.twitter.com/Gz6F8A1rka

​The footage immediately went viral, with users denouncing Biden for having "no filter" and calling him "detestable".

Dude is hella weird.. 🤦‍♂️ how does he manage to say something ridiculous every time he leaves the basement?

Watch again. They’re right next to the poles he wants them dancing on.

Yeah he’s back to being creepy

​Some people grinned at the circles on the ground, apparently put there to practise social distancing.

@maddow look how safe these people are, except the little girls Joe is creeping on.

​Others, however, tried to protect Biden, assuming that he did not mean anything sexual and only referred to his potential four-year term as US president.

The suggestions were echoed by the Biden campaign, which, according to Fox News, provided a link to Article II of the US Constitution and highlighted, "He shall hold his Office during the Term of Four Years" when asked for comments.

This isn’t sexual at all. He’s saying he wants them to join the non inappropriate group performance, when it comes around next which is in 4 years. Yah turned this into something it wasn’t.

clearly Biden was talking about running again in four years

Biden is famous for verbal gaffes, and this is not the first time his remarks have gone viral. Both in his live speeches and in recorded videos, he has said things that were later mocked, denounced or both. He is particularly criticised for sometimes "inappropriately sniffing and touching" women or children around him.