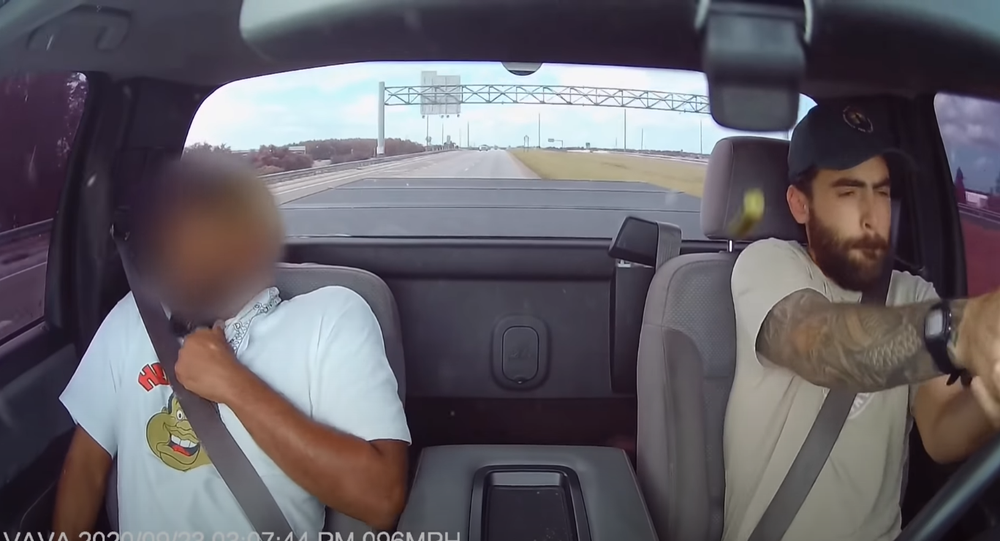 Recently released dashcam footage shows a Florida driver opening fire at another vehicle. It is unknown whether the man, seen repeatedly firing through his windshield, or the other armed motorist has been charged with any crimes in relation to the documented incident.

Marco Mazzetta, known on YouTube as Endless Open Road, posted a now-viral YouTube video on September 24 which showcased a series of events that led to him firing at a fellow driver on Highway 417 near Orlando, Florida.

The video, which is marked in the bottom left corner as having been recorded on September 23, shows a Nissan 370Z aggressively tailgating Mazzetta's truck. Mazzetta is then seen tapping on his brakes, and the car hits the truck’s back bumper before speeding ahead.

The driver briefly pointed a pistol at the truck at that moment, according to Mazzetta’s description of events to local outlet WESH. Shortly afterward, the dashcam video shows Mazzetta drawing a handgun and firing four shots through his own windshield at the other car.

“I’m not a fan of guns; I’m a fan of not getting shot,” he said via text message to WESH’s Bob Hazen. “I know this video doesn’t capture my smartest moments but I hope any idiot criminal with a gun watching thinks twice before loading, brandishing and aiming their firearm at someone over a traffic infraction.”

Florida Highway Patrol Public Affairs Officer Lt. Kim Montes told the local news station that the altercation “could have really escalated to somebody getting shot, somebody getting killed.”

“You don’t know the mindset of the other driver that you might get involved in some kind of situation. A lot of people carry weapons in their cars,” the officer noted.

It remains unclear whether charges have been filed, but Mazzetta allegedly reported the incident to the Orange County Sheriff’s Office.

The video appears to have polarized viewers, as many believe it was actually Mazzetta who escalated the situation, while others, like user Liite, believe he had a right to “defend [his] life.”

“I am saying you started this whole situation which could have been avoided by simply letting the guy pass. You say your friend said ‘I think he wants to brake check you’ which is way after you already brake checked him,” YouTube user Zman claimed in opposition to Mazzetta’s argument.

“I'm simply saying your claim to 'self defense' means you were defending yourself from someone else's actions, which you were clearly the instigator here.”