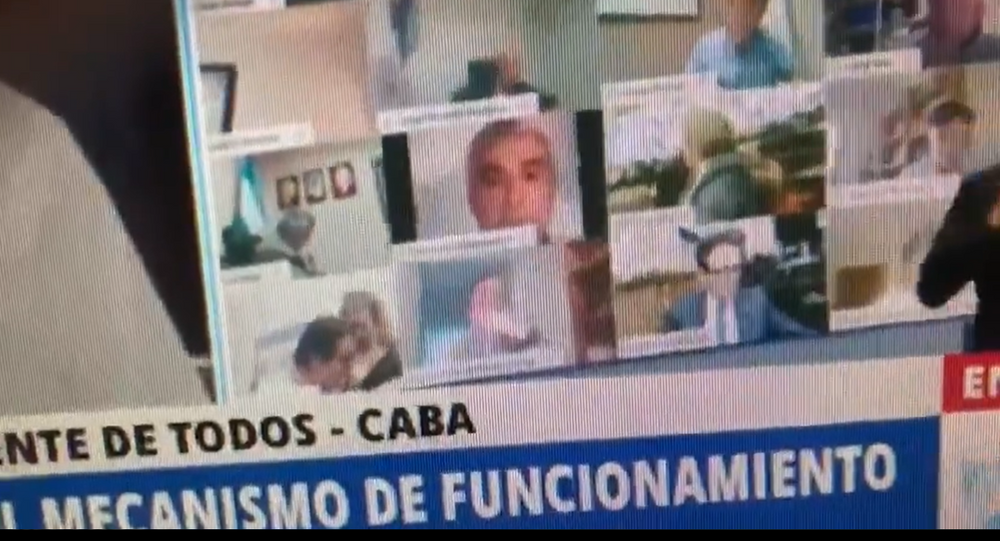 People around the world have shifted most of their activities, study, and work online to avoid in-person encounters amid the ongoing COVID-19 pandemic. As the practice of virtual employment is new to many, things have not always gone well, resulting in both amusing and shocking incidents. Here is an example straight out of Argentina.

Argentinian lawmaker Juan Emilio Ameri resigned after kissing his girlfriend’s breast during a virtual Congress session in an incident that was described by the House president as “a serious offense”.

During the virtual session, which was displayed on a large screen at the Argentine National Congress, the MP appeared with his girlfriend sitting on his legs before he pulled her cloth to kiss her on the breast, shocking several fellow lawmakers.

The president of the Chamber of Deputies, Sergio Massa, halted the session following the incident, describing Ameri’s deed as “a serious offense” and banned the Salta province lawmaker for six months.

Later in the day, Ameri said in an interview with news television channel Todo Noticias (TN) that he is “very ashamed” by the scandal, and announced his resignation.

“It was serious, really. I take responsibility. I’m very ashamed,” Ameri told TN, before breaking down in tears in front of the camera.

He narrated that the incident took place unintentionally and that he thought he was off-camera, as his Internet connection reportedly went down during the session. He added that he had decided to take the opportunity to ask his girlfriend, who was at the moment passing by as she came out from the bathroom, how she was feeling after undergoing an operation for breast enhancement.

“I saw that my partner came out of the bathroom and I asked how she was, due to the operation,” the politician said. “At that moment she sat with me and I kissed her on the breast without realizing that the connection had returned. It was a moment of intimacy with my partner that leaked. It was serious, really, I take charge and I am very ashamed. I am very distressed by what is happening”.

According to local media reports, Ameri’s partner is Celeste Burgos, an advisor to the lawmaker. It is reported that Ameri is estranged from his wife.

“I apologize to the citizens, to my family, to my partner, for all this situation,” he said. “I want to apologize to my mother, my sisters, my daughters, with whom I have not yet spoken”.

Special Presidential Council Should Be Formed in Libya Due to Sarraj Resignation, Diplomat Says