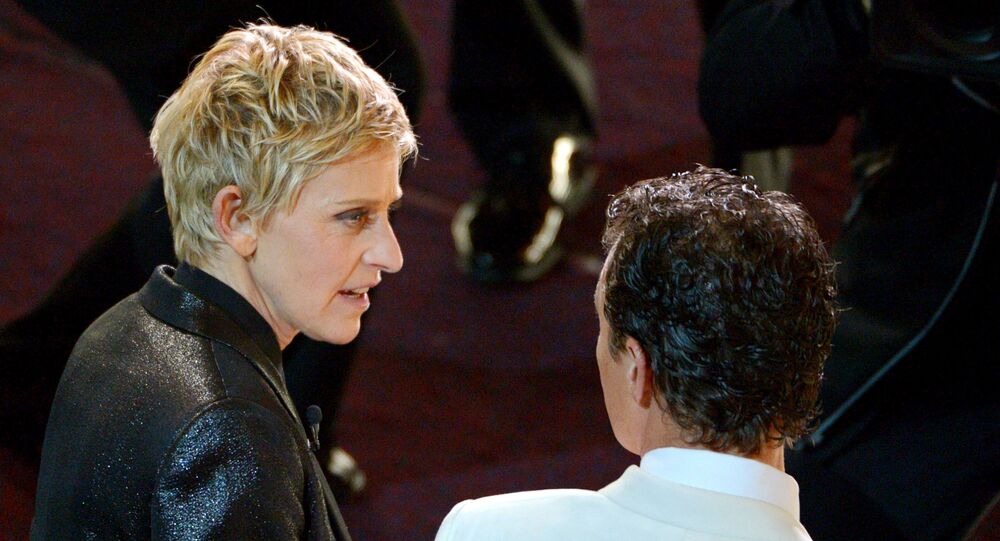 Talk show host Ellen DeGeneres released a five-minute clip early on Monday from her show that evening, claiming she still lived up to her moniker of the 'Be Kind Lady' despite years of alleged sexual misconduct and harassment by three producers who were sacked in August.

US TV host Ellen DeGeneres has launched a new season with an apology to staff who quit or were sacked for the "toxic work environment" at the talk show. But social media users were quick to mock her pleas for forgiveness.

The actress and comedian used the first episode of the 18th season of Ellen, recorded in front of a bizarre virtual audience on video screens, to address the scandal that broke in July.

"I learned that things happened here that never should have happened", DeGeneres said in her five-minute opening monologue, released as a clip ahead of the evening broadcast. "I take that very seriously and I want to say I am so sorry to the people who were affected".

The host acknowledged the damage the revelations of racism, sexual harassment and unfair sackings had done to her image as the "be kind lady" - so called for the nightly sign-off phrase she adopted in memory of Tyler Clementi, a young man who committed suicide after being bullied for being gay.

"Being known as the 'be kind' lady is a tricky position to be in", she said. "Let me give you some advice out there, if anybody is thinking of changing their title or giving yourself a nickname, do not go with the 'be kind' lady."

The celebrity showed signs of a 'white saviour complex' when she said: "I know that I am in a position of privilege and power and I realize that with that comes responsibility".

And she even asked for sympathy, claiming "I hurt myself".

© AP Photo / Mark Von Holden
Netizens Ask to #ReplaceEllen Amid Reports Ellen DeGeneres 'Wants Out' of Her Show Due to Scandals
But DeGeneres insisted she was genuinely "that person that you see on TV", before listing some of her faults. "I am also a lot of other things. Sometimes I get sad. I get mad. I get anxious. I get frustrated", she said. "I get impatient. And I am working on all of that. I am a work in progress".

"I've played a straight woman in movies so I'm a pretty good actress but I don't think that I'm that good that I could come out here every day for 17 years and fool you," she claimed.

“She knows s*** goes on, but also she doesn’t want to hear it”, one whistle-blower told Buzzfeed. “You cannot stand up in front of an audience as large as hers every single day for 17 years and say the words ‘be kind to one another’ and do what she did”, another said.

Other staff spoke of racist comments from colleagues that were laughed off, while some said they were fired just for taking days off for illness or to attend family funerals.