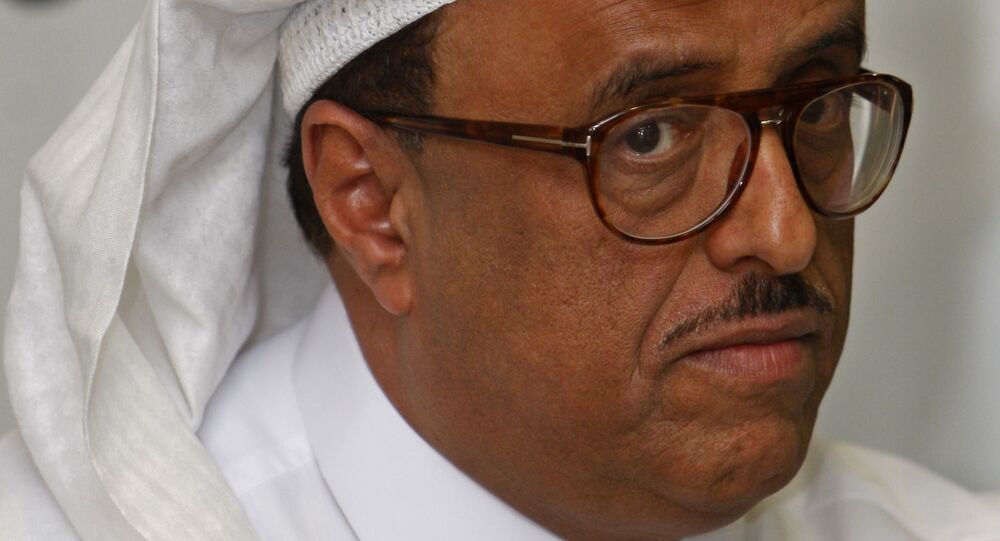 Dhahi Khalfan, Dubai’s outspoken deputy police chief, has sparked a major online scandal after an impassioned defence of the UAE-Israel peace deal which included the suggestion that Jews are better than their "Arab cousins" at science, finance and politics.

“Peace is the pillar of development. Some say that peace with Israel has not served countries which [signed agreements with it] before and did not contribute to their development. We were already developed before peace. Peace with a respected country like Israel serves the region,” Khalfan wrote in a multipost Twitter thread.

“The Jew does not have any problems except that he is stingy and loves money a lot,” the official, who has a habit of making controversial, off-the-cuff remarks, continued. “I have read a lot about the Jews. What I found is that historically, what causes anger against them in the countries they have been in is that they control the money. Ok, this is an insult.”

“But our criticism of the Jews is meaningless, and our fears of Israeli expansion are unjustified. If nine million Jews are better than 400 million Arabs in terms of scientific, financial and political capabilities, the problem is in us, and not in the Jews. Why do we always blame the other?” Khalfan asked.

The deputy police chief added that Arabs should “learn from their cousins” in the arts of “sophistication and cunning”.

Khalfan’s tweets sparked a massive debate containing hundreds of responses. Some of his followers agreed with his sentiment, pointing to the history of infighting among Arabs or suggesting that the Israeli-Palestinian issue was not the UAE’s problem.

“Accurate diagnosis,” one user wrote. “Of course our fears of Israeli expansion are unjustified. We are not Palestine. Palestine essentially is not a sovereign state. It has no currency, no army, police, president or ministers…It has become clear that it is possible to reach an understanding with the Israelis through diplomatic channels and conclude peace treaties,” another suggested.

Others blasted the official, asking him to keep his opinions to himself and not speak for the whole Arab world. Some recalled Tel Aviv’s alleged history of refusing to make peace with the Palestinians and fighting multiple wars with its neighbours. “They are invaders of our land and you want us not to blame them!” one user angrily wrote.

Some also took issue with Khalfan’s claims about Israelis’ "scientific capabilities", recalling great Arabic scholars of both the ancient and modern world and their contributions to humanity’s scientific knowledge, suggesting that “there is not one advanced country that doesn’t have scholars of Arab origin in every field.” Others accused Western intelligence agencies and Mossad of assassinating Arab and Muslim scientists, or killing them in wars, such as the 2003 US invasion of Iraq.

A few users also suggested it wasn’t a matter of Israelis versus Arabs, but of political systems. “Ok, why are the Israelis better than the Arabs? Because they have rulers who appreciate their people, and know that they are employees, not the owners of a country…and know that if they do something wrong they will be held accountable,” one commentator pondered.

© AP Photo / Kamran Jebreili
The sun rises over the city skyline with the Burj Khalifa, world's tallest building at the backdrop, seen from a balcony on the 42nd floor of a hotel on a foggy day in Dubai, United Arab Emirates, Saturday, Dec. 31, 2016

Khalfan, the former police chief in charge of investigation into the 2010 assassination of senior Hamas leader Mahmoud Mabhouh in a Dubai hotel, has repeatedly praised the normalisation deal between Tel Aviv and Abu Dhabi in recent weeks, and repeatedly called for a peace agreement between the two countries even before the deal was agreed.

© AP Photo / Oded Balilty
Israel Shared Tech With UAE to Fix Ties After Hit Job in Dubai Attributed to Mossad, Ex-Envoy Says
The police officer has repeatedly ended up in hot water for speaking his mind. In early 2017, he heaped praise on US President Donald Trump for his executive orders blocking travel from Muslim majority countries. Later that year, he blamed a Daesh (ISIS)* attack on a mosque in Sinai, Egypt on Qatari television network Al Jazeera and encouraged Egypt to bomb the TV channel's HQ. Earlier this year, he was in trouble again after praising British colonial rule. This summer, he was attacked for calling on Gulf countries to mount an invasion of Qatar.

Israel formally established diplomatic relations with the UAE and Bahrain on Tuesday, with the agreements arranged by Washington. Officials from the Palestinian Authority and Hamas called the agreements a “betrayal” of the Palestinian cause and a “treacherous stab” in the backs of Palestinians. However, Israeli Prime Minister Benjamin Netanyahu dismissed this criticism, saying the Gulf States' decision shows that the Arab world won’t be “held hostage by the Palestinians”.

Four Arab countries, including Egypt, Jordan, the UAE and Bahrain, now have formal relations with Tel Aviv. The remaining 18 members of the Arab League continue to have no formal ties with the country.