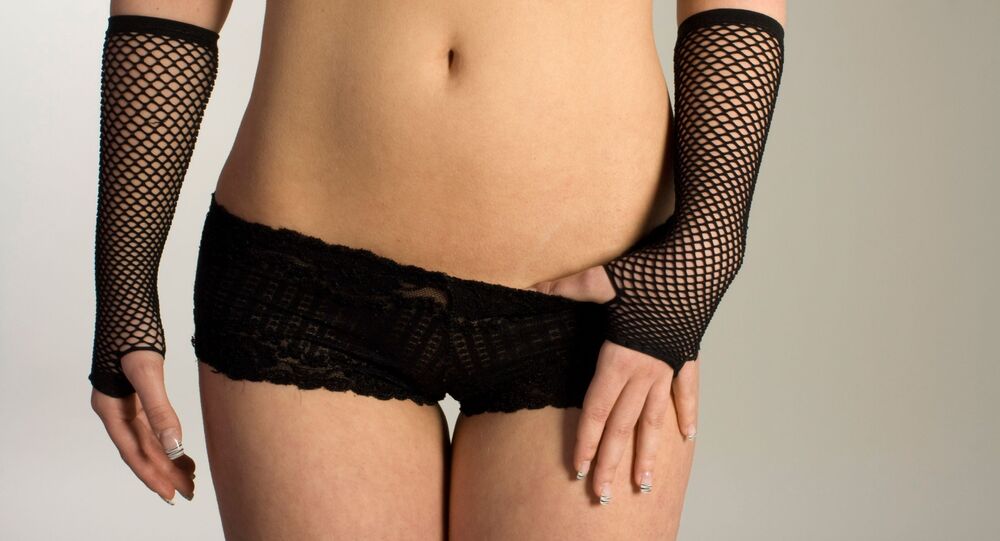 ‘Something Rotten in Denmark’: Netizens Slam Show Where Adults Strip Naked Before Kids

The award-winning Danish children’s show is filmed before a live studio audience comprising middle-school children who are encouraged to ask adult guests diverse questions as part of an effort to ostensibly promote body positivity.

In Denmark, an award-winning television program called “Ultra Strips Down” allows its live audience of participants aged 11 to 13 to ask the grown-up volunteers whatever questions they want as part of a touted message to promote body positivity and combat body-shaming, according to the New York Times.

The series’ creators are cited as insisting their motive is to dispel the idea, often promoted on social media platforms, that there are perfect body types.

A recent episode focused on skin and hair, with students from Copenhagen’s Orestad School facing five adults who threw off their bathrobes and revealed their naked bodies on stage.

The children began asking questions that ranged from “At what age did you grow hair on the lower part of your body?” to “Are you pleased with your private parts?”

This is a CHILDREN’s show on Danish TV entitled “Ultra Strips Down”,produced by Danish branch of Warner Bros.

The show claims to teach kids about different body types by exposing them to naked adults!

Why?
Why are there now so many pushing to destroy children?#SaveTheChildren pic.twitter.com/aUMvpgrMst

​Currently in its second season on a channel called DR Ultra, the show, which first aired in 2019 and won an award for best children’s program at the Danish TV Festival, has sparked backlash.

Despite Denmark’s relatively permissive attitude towards nudity, a leading member of the right-wing Danish People’s Party, Peter Skaarup, was quoted as slamming the show as “depraving” children, adding that it was “far too early” to expose youngsters to this sort of approach.

As a clip from the show was posted on DR Ultra’s Facebook page, and reposted to other social media platforms, a barrage of comments from users showed clear opposition to the series’ concept of exposing children to naked adult bodies.

Disgusting and beyond inappropriate... And of course the show won an Award... Of course...

I’m speechless. The most disturbing aspect is that a team of ppl was required to make this happen. That’s truly scary.

There's definitely something rotten in Denmark.

We are dying the like the Roman Empire - rotting from within.

Do they provide vomit bags for the kids?

​Some, however, voiced their support.

Children have to learn about anatomy at some point, and they are being exposed to far, far worse via the internet, at much younger ages than this.
Also, Europe is less prudish about nudity. Nudity in and of itself is not a threat. E.g. "Cuties" was far worse, yet had no nudity

Strange how the majority of replies here are all religious nuts condemning the human body their 'god' created in his own image. Disgusting they say, the human anatomy being taught. There r only 2 body types, some of u are the biggest prudes going, no wonder sexual deviants exist.

​Others believed it was not a bad idea to start with, but the approach could have been different.

A healthy context for this would have been to send kids to a nudist camp, where people r going about their business and everyones naked, not to parade adults in front of kids like they’re slaves at a roman slave market! #ultrastripsdown

​In response, the channel reiterated that it was “educational TV for kids and families who can have healthy talk about what bodies look like.”

The 2020 season will have five episodes centering on different topics, casting grown-up volunteers of different shapes, ages, races and genders.

The children require parental consent to appear on the program, with none of the middle schoolers and volunteers shown in a single shot together.

US Gymnast Sensation Speaks Out On Body Shaming, Sends Ripples Across Twitter