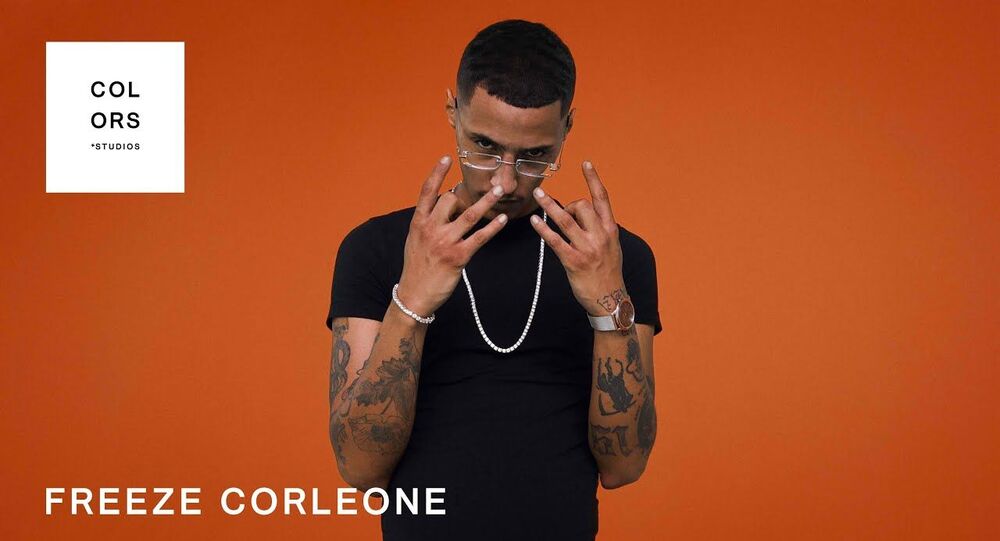 French rap artist Freeze Corleone released his debut studio album LMF last week, with a music video for one of his songs posted on YouTube amassing more than a million views.

However, the rapper’s lyrics include the line “F**k the Shoah (Holocaust)!” along with lines such as “I arrive determined like Adolf in the 1930s,” and, “Every day I f**k Israel like I live in Gaza.”

In an announcement on 17 September, France’s Interior Minister Gerald Darmanin denounced the rapper for his “unspeakable antisemitism and negationism”, confirming that his ministry would be pursuing legal action.

Paris Prosecutor Remy Heitz also emphasised that Corleone was being investigated for 'inciting racial hatred' based on the content of his songs and videos posted online.

Earlier, Frederic Potier, the inter-ministerial delegate for the fight against racism, anti-Semitism and anti-LGBT hatred (Dilcrah), had reported the rapper to the public prosecutor's office. The International League against Racism and Anti-Semitism, known by its French acronym Licra, slammed Corleone, saying on Twitter that “impunity must end”.

In its post, the organisation also tagged music streaming sites and apps, including Google Play and Apple Music.

​Some 50 politicians, along with French President Emmanuel Macron's LREM party, condemned the rapper, while some also urged digital platforms to remove Corleone's songs and for radio stations to ban them.

Netizens were split on social media in their approach to the rapper’s controversial lyrics. Most slammed them as “pure antisemitism”.

Disrespectful to families and survivors

Just I don't have words

How is this not hate speech?

Definitely antisemitism! He isn’t even a rapper just saying shit he doesn’t know nothing about

​Some, however, commented that people were just “taking the lyrics out of context”.

You just don't understand the lyrics and it's just few punchlines out of context. If you go listening the entire song you will see that's far far away to be racist. You should watch the lyrics and the significations on Rap genius.

it’s less holocaust denial and more putting it in perspective by comparing it to other mass genocides such as native americans which overall, people seem to think about less often.