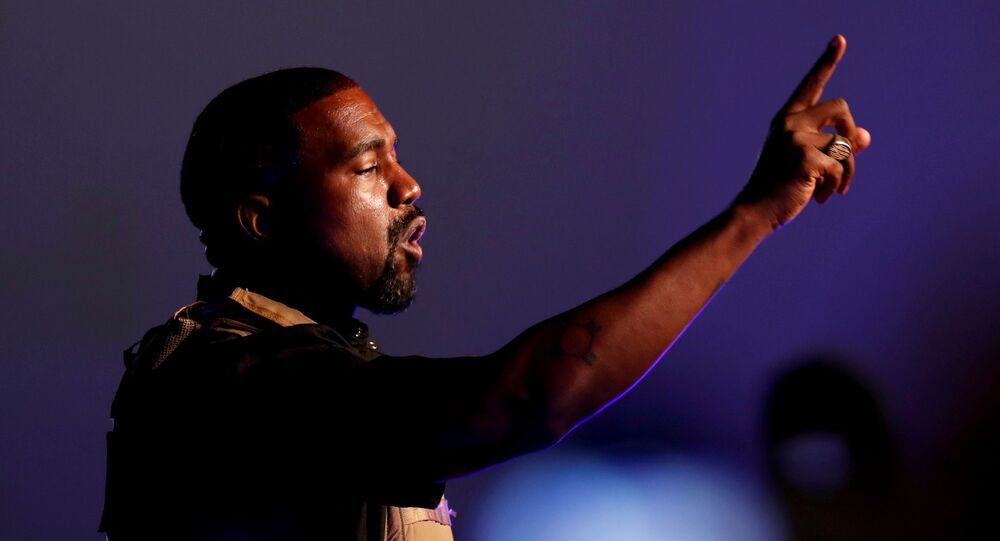 Kanye West has made some headlines over the last few days after he tweeted that slavery is a choice and posted a video featuring him ‘peeing’ on what appears to be a Grammy award statuette lying in a toilet bowl. But there was more to come.

American rap star Kanye West has once again shocked his Twitter followers after he called himself ‘baby Putin’ in his latest post. The tweet without any pictures reads: ‘Trust me I won’t stop until all is fair’, ‘from Nat Ye aka baby Putin’.

​As West provided no explanation of what he just wrote, netizens tried to figure out what is going on.

kanye I'm worried. Stay calm and gather yourself back again. You are embarrassing yourself on social media.

​Some suggested it was a manic episode, as West has previously suffered from bipolar disorder.

ur going through a manic episode, get help. please

It's not funny, the guy needs serious help and @KimKardashian doesn't seem to care. At all.

Look, I get the zeal to do something you feel fervently about but please Ye, please let somebody get you some help. This isn't healthy thinking and that isn't a label you want applied. Frfr get some help man. I'm not attacking you bro, but you need to focus on you right now.

​In early July, Kanye West announced that he is running for president of the US this year, saying that it is important to ‘realize the promise of America by trusting God, unifying our vision and building our future’.
The rapper has made it on the ballot in at least 12 states, including the swing states of Colorado, Iowa, and Minnesota. West was kept off the ballot in Virginia, where his team was said to have fraudulently or improperly collected signatures, and Arizona, where the number of signatures was not enough.