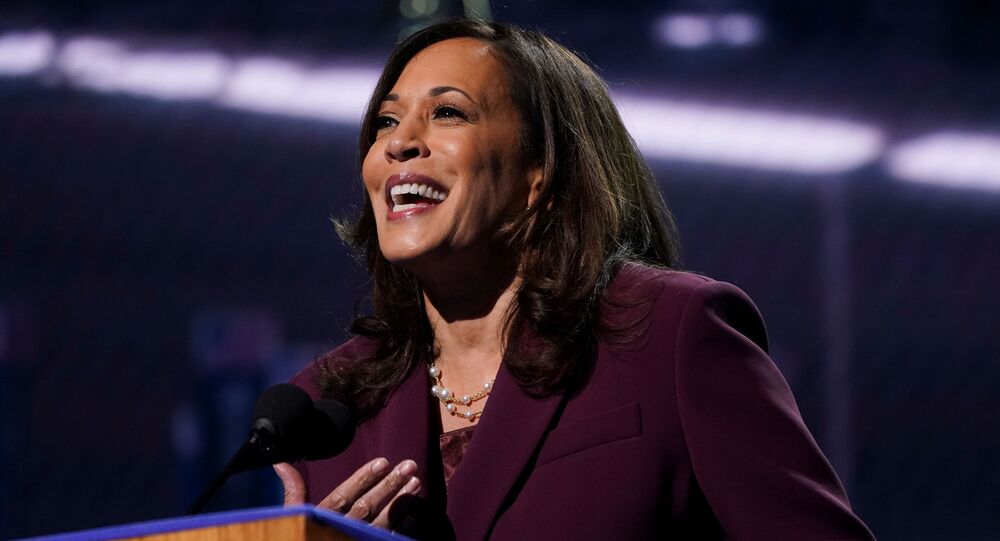 The considerable age of the Democratic presidential candidate has raised numerous questions, ranging from whether he will be running for a second term in the event of victory in November to whether he has the mental capabilities and health to govern until the end of his first term, an issue mostly brought up by his opponents.

Speaking at a virtual roundtable with small business owners in Arizona, the Democratic presidential candidate's running mate, Kamala Harris, sparked a heated discussion about her role on the Biden-Harris ticket after making what many netizens viewed as a "slip" during the conversation. The Democratic vice presidential pick namely said at one point that it would be the "Harris administration" that will be handling certain economic policy aspects, such as low-interest loans and tax credits, although she quickly corrected herself.

"A Harris administration, together with Joe Biden as the president of the US. The Biden-Harris administration will provide access to $100 billion in low-interest loans and investments for minority business owners. We will provide $15,000 for tax credit for first-time home buyers, protect the affordable care act", Harris said during the roundtable.

Her peculiar initial name for the administration did not go unnoticed, with that portion of the meeting's recording being posted by the US president's son, Eric Trump, who suggested that it was a "slip" that revealed "the truth" about the Democrats' plans if Biden wins. In the past, both Donald Trump and his Vice President Mike Pence have suggested that Biden would simply serve as a "Trojan Horse" to allow "the radical left" into the White House.

The notion raised by Eric Trump quickly found supporters online, who suggested that Biden won't stay in the oval office for long, paving the way for Harris via the 25th Amendment.

Exactly what I’ve been saying! If Joe were to win, within weeks, the 25th Amendment would be invoked, and BAM, Camela is President!

Some of them went as far as to suggest that this scenario had been planned by the DNC all along and that Harris' "slip" during the roundtable indicates that she is aware of it.

I agree. It might have been one of those dog whistle statements to let the radical left know she will be running the show. Could have been intentional.

However, not all netizens were convinced by the theory, suggesting instead that it was only logical for Biden's running mate to make such a gaffe since she had herself strived for the presidency.

She ran for President for months. It was an honest slip and she corrected it immediately. I love a President and Voce President who self-correct instead of waiting for the media to “catch” them on camera.

Well, she did run for president—in the current cycle. Let’s not pretend we don’t know that’s still her endgame. She probably has a sleep soundtrack whisper that phrase to her on repeat, just so she can sleep at night. It was a Freudian slip.

Others noted that they actually would not mind if these theories regarding Kamala being a replacement for Biden were to come true, instead saying that such a prospect only motivates them even more to vote for Biden.

And just like that, you have gotten a whole bunch of Democrats even more fired up about voting them in.

Many twitterians added that regardless of whether or not it was a simple gaffe or a hint at a real scenario in the event of a Biden victory, they would nevertheless vote for the Democratic candidate for the sheer purpose of voting against the incumbent president.