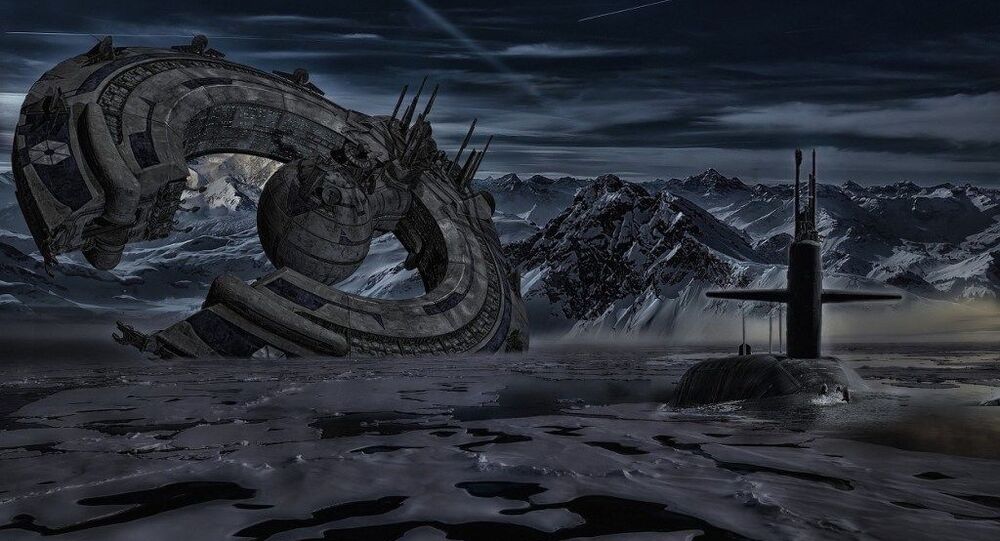 The development comes a week after the FBI declassified files mentioning flying saucers and “multidimensional beings” and two weeks after a shiny fast-moving UFO was seen in the skies over Philadelphia in the United States.

Self-proclaimed ufologist Scott C. Waring, who relentlessly searches for signs of extraterrestrial life, claims to have discovered an alien spaceship in Greenland. Using Google Earth, Waring showed pictures of the exact location of the alleged triangular alien craft attached to an iceberg. The ufologist claims there is a cockpit on one side of the ship. Using Google applications, Waring measured the alleged alien craft from side to side and claimed that it is 68 metres in length from side to side.

Not far away from the purported UFO, Waring spotted an iceberg with what he described as a "giant metal cylinder".

Waring’s video, uploaded on 14 September, has already been viewed by more than 3,000 people and prompted mixed opinions.

However, some users agreed with the self-proclaimed ufologist that the triangle is an alien spacecraft.

"Guess the material used for these things are hitproof and therefor capable of surviving both nucs [sic] and Earth changes", wrote one user.

Others netizens said the object is not of extraterrestrial origin, but at the same time noted that it might simply be a man-made aircraft.

"Why have to be alien? Can't it be a regular triangular craft? If it is a craft", wrote one user.

Other netizens claimed that the US government won’t allow people to learn the truth about UFOs and warned Scott that he may be persecuted for his activity.

"I believe in aliens but this is such a reach, the government wouldn’t let something like that be noticed, plus people that live there could find it very easily lmao".

"I wonder how long the US would let you live, if you recovered it", wrote the other.

Still others joked that the object is nothing but an iceberg.

"Wow, an iceberg!" exclaimed one user.

The development comes a week after the FBI declassified files that mention flying saucers and "multidimensional beings" and two weeks after a shiny fast-moving UFO was captured in the skies over Philadelphia in the United States. Scott C. Waring, who has a channel on YouTube where he posts videos about UFOs and mysterious sightings, has claimed to have found a bizarre entrance to a mountain near Area 51 as well as an alien base off Dubai's coast.