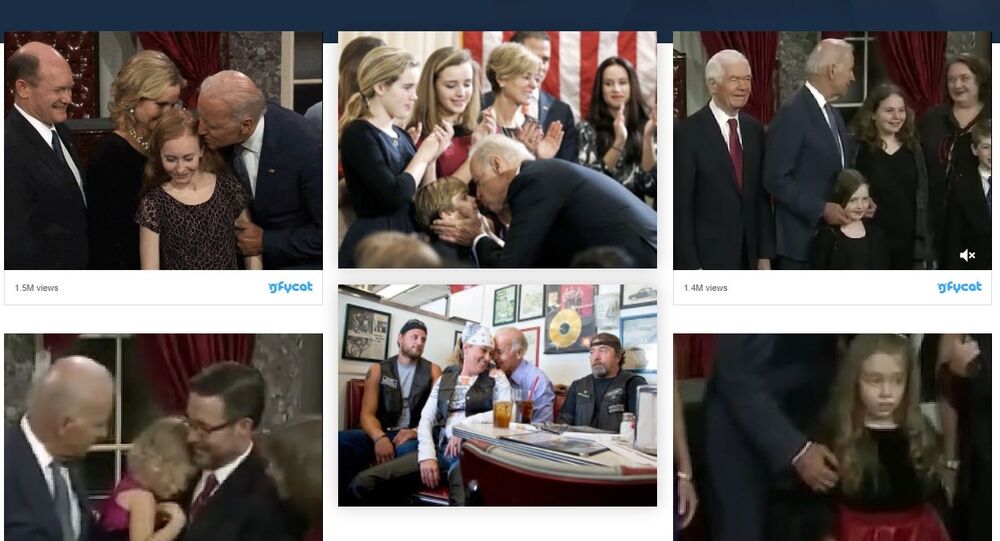 Footage released by public service broadcaster C-Span in 2015 shows Biden apparently touching the daughters and granddaughters of Congress legislators as they were being sworn in.

Graz found a series of videos from public service broadcaster C-Span he posted were blocked by the site for allegedly breaking its rules against child pornography.

Koenig posted a video of Biden pawing at the daughters and granddaughters of fellow Congress legislators at their parents' swearing-in ceremonies in 2015, "but Twitter flagged me for trying to post images of child molestation".

The infamous video shows Biden apparently putting his arm round girls' bodies and whispering in their ears.

At least one of Graz's tweets survived the Twitter censors: