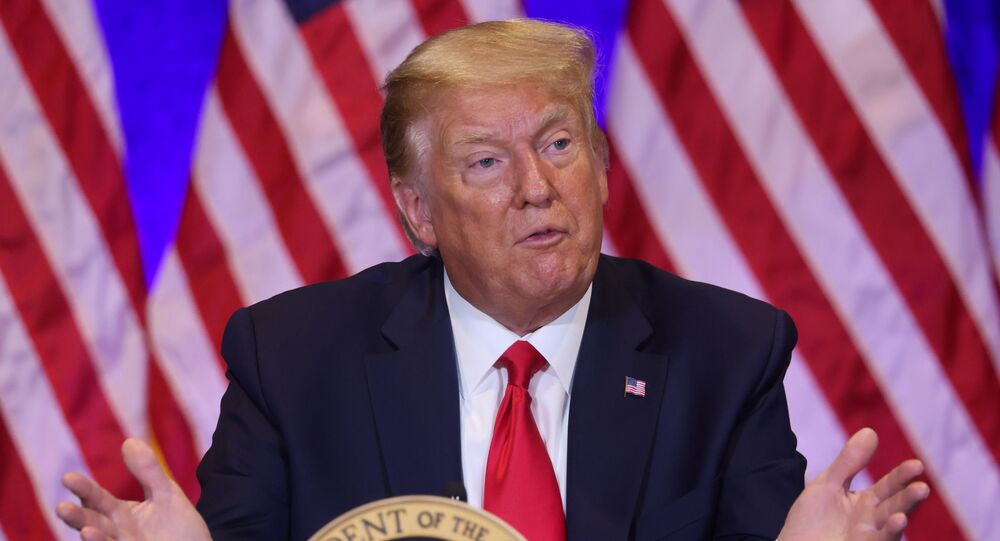 The Bay of Pigs was the location of a failed invasion by Cuban exiles supported by the US who were opposed to Fidel Castro's revolution. While there is no award named after this 1961 event, Trump nonetheless received an endorsement from the Bay of Pigs Veterans association.

US President Donald Trump on Sunday boasted that he had received the "highly honored Bay of Pigs Award" from Miami Cubans, while describing his Democratic presidential rival Joe Biden as "being terrible to Hispanics".

"Sleepy Joe Biden has spent 47 years in politics being terrible to Hispanics. Now he is relying on Castro lover Bernie Sanders to help him out. That won’t work! Remember, Miami Cubans gave me the highly honored Bay of Pigs Award for all I have done for our great Cuban Population!", Trump tweeted Sunday.

Trump appears to have invented the award, however, as netizens immediately pointed out that there is no such prize as "Bay of Pigs Award". What Trump did receive was an endorsement from the Bay of Pigs Veterans association in 2016. The Bay of Pigs is the location of an ill-fated, US-backed invasion by Cuban exiles that unsuccessfully took place against Fidel Castro government.

Sleepy Joe Biden has spent 47 years in politics being terrible to Hispanics. Now he is relying on Castro lover Bernie Sanders to help him out. That won’t work! Remember, Miami Cubans gave me the highly honored Bay of Pigs Award for all I have done for our great Cuban Population!

​Users mocked Trump for "inventing" the award, calling the Bay of Pigs invasion a "foreign policy disaster" and rolling out suggestion of the awards Trump should receive instead.

"The Bay of Pigs Award" LOL!

Just one small thing about this "award" - it doesn't exist. But if it did, it would be appropriate to give it to Trump, because the Bay of Pigs invasion was a monumental failure and foreign policy disaster.

B) if you know anything about the Bay of Pigs, you'd know it's not something for an award to be named after

fun fact: there is no "Bay of Pigs Award." try googling it

Yes, the Bay of Pigs Award you so richly deserve! pic.twitter.com/QprqKmLqtn

​People noted that Trump was endorsed by the Cuban-born participants of the invasion, but pointed out that an endorsement is not an award.

For those confused by Trump’s claim he got the “highly honored Bay of Pigs Award”:

He got an endorsement in 2016 from the Bay of Pigs Veterans Association. It’s not an award. He has a long history of turning endorsements and other non-awards into awards.

​Others mocked Trump for praising his relationship with Hispanics, sarcastically editing an image of the president by adding a sombrero that says "Pendejo", which means "stupid".

They just love ya😁 pic.twitter.com/D3t06EKksS

​One user created an illustration that included several awards, including for racism, rape, theft and stupidity that he suggests Trump should receive.

‘The Bay of Pigs’ award I forget to draw... Here are some other prizes Trump received. pic.twitter.com/9bKqXzdnwF