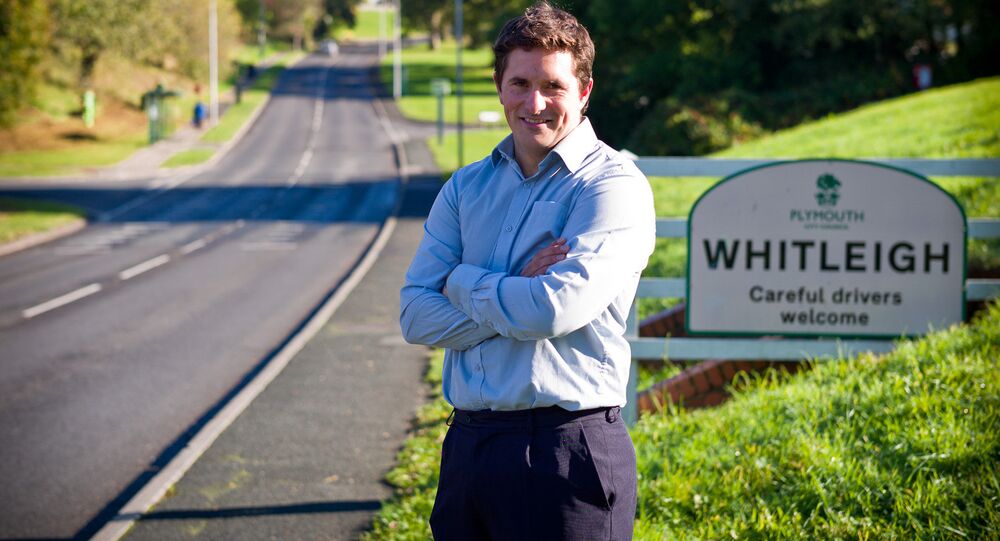 Mercer, the Conservative MP for Plymouth Moor View since 2015 and a junior government minister, responded on Saturday to a tweet from Delingpole bemoaning mass obedience to government mask-wearing rules on trains.

"How did we win Waterloo?" Delingpole asked, presumably referring to the 1815 battle in Belgium against the army of French emperor Napoleon Bonaparte and not the London railway hub.

"Stop being a selfish c**t, and put on a mask," wrote Mercer, a former captain in the British Army, who urged citizens to "Ignore the knuckle-dragging columnists bleating about freedoms" in a separate tweet.

© AFP 2021 / JUSTIN TALLIS
UK Police Expect 'Last Days of Rome' Weekend as Brits to Party Hard Ahead of New COVID 'Rule of Six'
​UK COVID-19 regulations mean passengers over the age of 11 on railway and London Underground trains must now wear a protective face mask unless they are exempt. Those who refuse face a fine of up to £3,200.

Delingpole refused to incriminate himself when asked if he was wearing a mask on the train, although he was scathing in his opinion of those who do.

​Veteran journalist and columnist Peter Hitchens weighed in to criticise Mercer, but the MP replied that he "had to Google you."

​In an editorial on Breitbart, Delingpole hit back at Mercer's foul-mouthed outburst, calling him a "deeply second-rate individual," a "pillock" and an "intellectually challenged woodentop" in return.