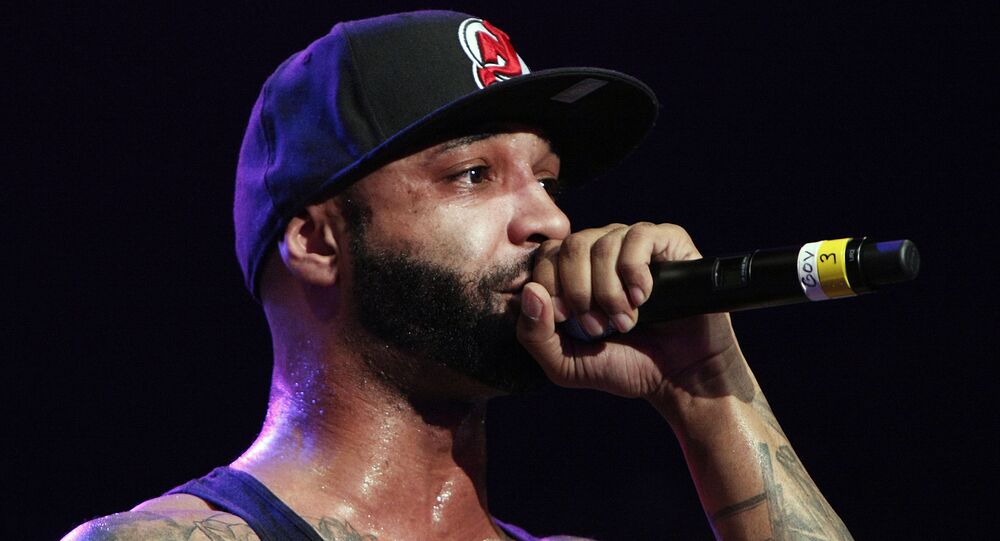 Former American rapper and podcast host Joe Budden had earlier denied being abusive towards his ex-girlfriend Tahiry, but a new wave of allegations emerged against the "Pump It Up" star this week - this time in relation to the mother of his child Cyn Santana - and even his own dog.

The papers, the authenticity of which has not been confirmed, are allegedly part of domestic abuse allegations Cyn Santana is raising against the father of her son Lexington. According to Joe Cynn TV, the model claims that her ex-lover exhibited “particularly bizarre behavior” towards his male dog “on several occasions”, performing acts she’s been a witness to.

“Without putting too fine a point on it, suffice to say that Defendant has not only expressed concern for the dog’s lack of sexual partner, but has personally assumed responsibility for relieving any pent-up canine sexual tension”, the purported documents read. “Defendant, for reason I cannot fathom, has personally masturbated the dog. Defendant repeatedly states that he sees this function as his responsibility since there are no ‘b***hes’ around to provide a sexual outlet for the dog”.

Now, the Joe Budden Podcast host been forced to fight “the smear campaign”, as it was dubbed by one of his fans on Twitter, on both fronts.

"You can’t kill nothing that’s ready to die”, Budden wrote on Twitter in response to a post that this campaign against him was “crazy”.

The ex-musician’s fans however were apparently more shocked by claims about his “inappropriate” intimacy with his pet, rather than the abuse allegations, according to memes and pranks that have flooded Twitter in response to the news. Some pointed out to an earlier statement made by Budden himself in one of his podcast episodes, which kind of resonated with Cyn Santana’s account.

​“All this time I thought joe budden and joe biden was the same person”, one person joked.

Joe Budden does WHAT to his dogs???????? pic.twitter.com/oo2ibeuW1q

Joe Budden's dog when he hears the door open pic.twitter.com/S15018MKTH

Joe Budden really said, “Anybody with a pet, come on, you did a little something down there to make your dog feel good.” That is a filthy, sick man. pic.twitter.com/KC9RhSBw40