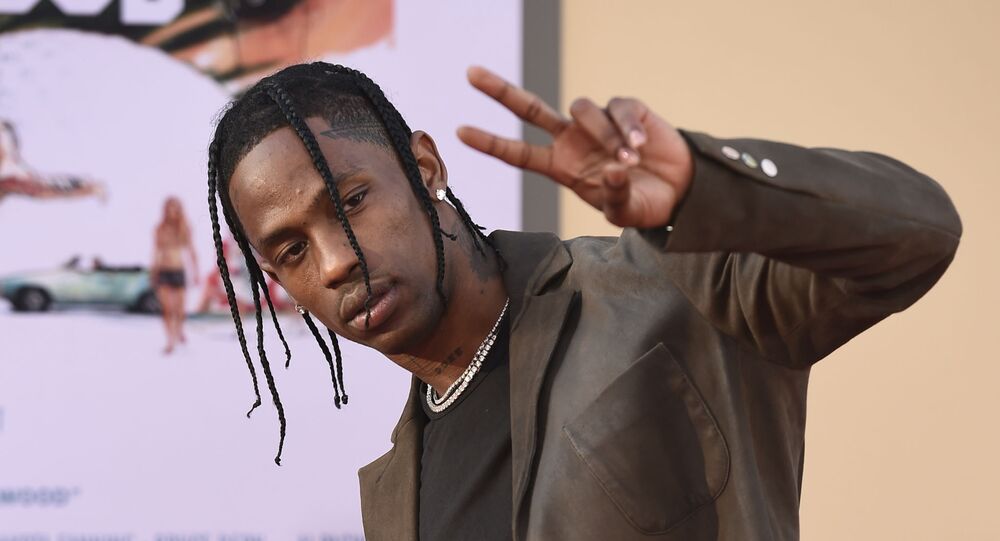 The appearance of the Travis Scott meal on the McDonald's menu is the most recent celebrity-backed meal in the fast-food company’s history. In 1992, the name of the legendary American basketball player, Michael Jordan, was featured in the company's menu.

American rap superstar Travis Scott on Tuesday celebrated with his fans the release of a branded McDonald's meal, the second celebrity-branded meal in the history of the fast-food chain.

The launch of Scott’s “favorite McDonald’s meal” took place at a Houston location of the multinational food service company, and saw crowds rush the global artist.

The rapper, using his fan page, streamed footage of the moment that he met fans outside the McDonald’s location and the moment he arrived in his automobile.

Travis Scott pulled up to McDonald’s for the release of his burger pic.twitter.com/5aflOaUNXz

A $6 Travis Scott meal, is described by the fast-food chain as consisting of a “fresh beef Quarter Pounder with Cheese, sizzling bacon, and crisp lettuce; medium World Famous Fries with BBQ Sauce to dip, and a Sprite”.

A Travis Scott meal is the second celebrity-branded meal to be featured on a McDonald’s menu, following the 1992 Michael Jordan branded “McJordan meal”.

“I couldn’t be more excited to bring the Cactus Jack x McDonald’s collaboration to life,” said Travis Scott said in a statement. “We are bringing together two iconic worlds. Including a charitable component was key for me, and I can’t wait for people to see what we have in store.”

A McDonald’s statement offered that the release of the branded meal was part of “a multi-level innovative partnership” with Cactus Jack, Scott’s record label as well as an adopted nickname.

“From September 8th through October 4th, McDonald’s is taking it up to another level, as cultural sensation Travis Scott’s favorite meal is offered at restaurants all across the US,” the fast-food company said. “Travis Scott and McDonald’s will also be exploring opportunities to support charitable organizations during the month-long program”.

The corporation's US chief marketing officer, Morgan Flatley, remarked that the Houston-born rapper “is a true McDonald’s fan having grown up visiting our restaurants in Houston, not to mention one of the biggest musical acts and cultural icons in the world”.

Scott’s fans celebrated the release of the McDonald’s branded meal on social media, with some sharing photos of their Travis Scott orders.

They gave me a free apple pie lmao the irony pic.twitter.com/1teujInx5w

Just picked it up ✌🏻 pic.twitter.com/ojPDX2Rx3x