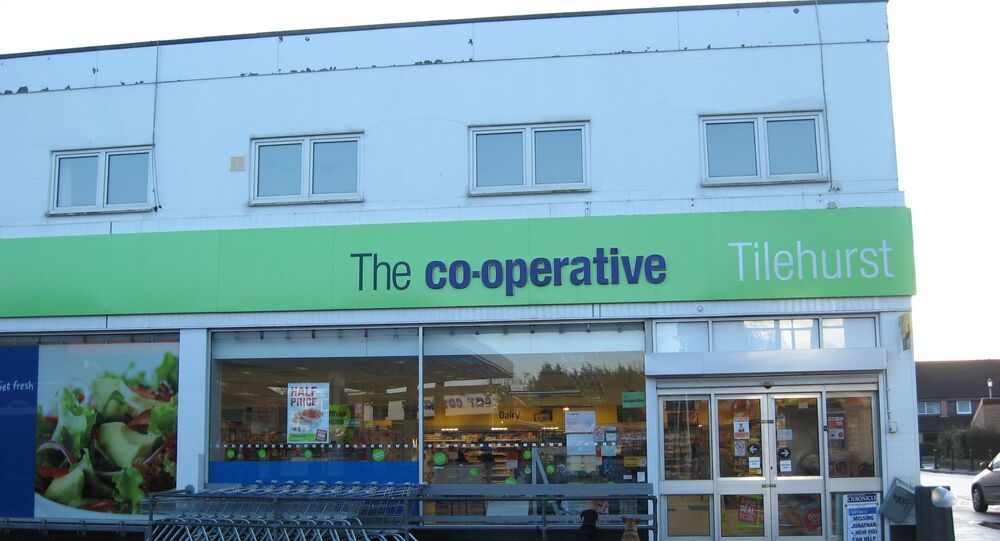 In a since-deleted tweet, a member of the Co-Operative Group's social media team said the firm was in discussions to cancel all advertising with The Spectator. That was in response to a tweet claiming the conservative magazine was guilty of transphobia.

The Spectator has banned adverts from the "woke" Co-op after the supermarket was forced to deny it would boycott the magazine over alleged "transphobia."

Spectator chairman and veteran British journalist Andrew Neil announced the ban by Britain's oldest magazine of one of the country's oldest grocery chains in a tweet on Friday.

"We will not have companies like yours use their financial might to try to influence our editorial content, which is entirely a matter for the editor," Neil wrote.

He was responding to an the Co-Operative Group's denial that it was seeking to cancel all adverts with The Spectator over ill-defined claims of transphobia against the title.

The row was sparked on Monday by a tweet from the Co-Op's twitter account, since deleted, responding to a post claiming the group's advertising with the conservative-leaning magazine breached its 2018 annual general meeting resolution to support the "Stop Funding Hate" campaign to boycott titles it accuses of "fuelling and legitimising prejudice and an increase in hate crime."

© AP Photo / Luciana Guerra
Extinction Rebellion Protesters Block Newspaper Printing Sites in UK - Photos, Video
The Co-Op reiterated its pledge that it "will not seek to affect the editorial independence of publications or channels" when implementing that decision.

An image of the deleted tweet appeared in a Spectator article by transgender teacher and journalist Debbie Hayton on Saturday.

"Perhaps the Co-op expected The Spectator to change its behaviour, narrow its parameters of debate, perhaps to stop giving space to trans writers like me," she wrote.

Neil tweeted on Saturday that the magazine had gained 550 new subscribers within hours of  the ban, adding: "I hope there are other woke advertisers ready follow Co-op’s example."

The LGB Alliance, which opposes the 'erasure' of lesbian, gay and bisexual identity by trans rights activists, welcomed the flood of new subscriptions.

But SFH praised the Co-Op, despite its denial of a boycott of The Spectator.

"The Co-op’s brave move reflects a growing recognition by advertisers that aligning with media that demonise their customers just doesn’t make sense for their brand," ​Campaign director Richard Wilson said.

It was not the first controversy surrounding the Co-Op group, founded in Rochdale, Lancashire in 1844, which advertises itself as an "ethical" business.

CSC director Rob Miller said at the time it was "no coincidence" after the bank was forced to transfer majority control to two US hedge funds, Aurelius Capital Management and Silver Point Capital in 2013.

He told the Morning Star newspaper: “It was done unilaterally. The national campaign has had all its accounts closed. We find it unethical and unacceptable."