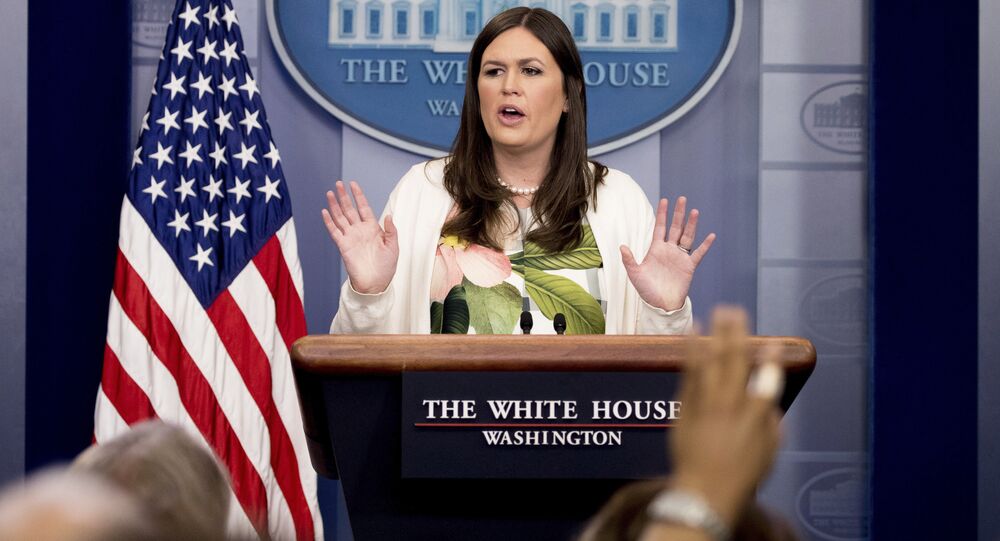 Trump Told Sarah Sanders to 'Take One for the Team' With Kim Jong-un, New Book Claims

Slated for release on 8 September, Sarah Sanders' new book has been described by a newspaper that managed to obtain a copy as a "paean to the president by a loyal follower".

According to the newspaper, Sanders recalled how at some point, as Trump and Kim were conversing, she noticed that the North Korean leader was "staring" at her.

"We made direct eye contact and Kim nodded and appeared to wink at me", she reportedly wrote. "I was stunned. I quickly looked down and continued taking notes".

And when she later brought that occurrence to the attention of Trump, in the presidential limo on the way to the airport, the latter seemed rather amused by it.

"Kim Jong-un hit on you!: Trump allegedly said. "He did! He f*cking hit on you!"

Even as Sanders asked the POTUS to "stop", telling him that "that was not what she meant", as the newspaper put it, Trump then proceeded to joke about what she might do next.

"Well, Sarah, that settles it. You’re going to North Korea and taking one for the team! Your husband and kids will miss you, but you’ll be a hero to your country!"

Titled "Speaking for Myself: Faith, Freedom, and the Fight of Our Lives Inside the Trump White House", Sanders' book is scheduled to come out next Tuesday.

Having managed to obtain a copy of the book, the newspaper describes it as a "paean to the president by a loyal follower".