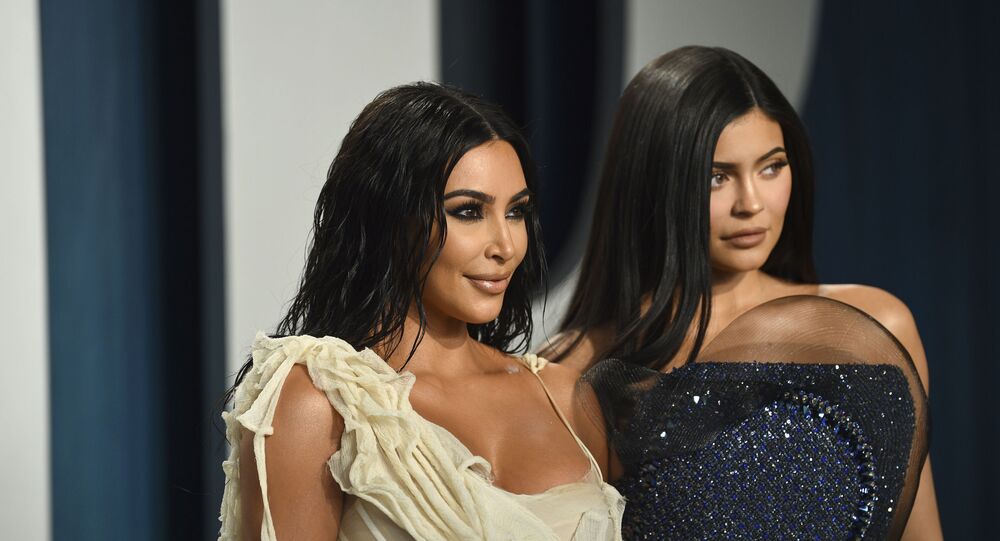 The futuristic music clip for Tyga’s collaboration with Kanye West was never released because months after it was shot, Kylie Jenner broke up with the former.

Few saw it coming – “it” being Kylie Jenner walking out of Kim Kardashian’s womb.

The surreal scene appeared in the previously unseen music clip for ‘Feel Me’, Kanye West’s song off Tyga’s 2017 album ‘B*tch I’m the Sh*t 2’.

The three-and-a-half minute clip features a giant Kim reclining with angel wings and spread-out legs as her little sis comes out of what looks like a white door behind Kim’s legs.

The video took nearly five months and $1 million to produce, but was never released because Kylie Jenner and Tyga called it quits in April 2017, he told E!

“It features Kylie coming out of Kim’s vagina,” he explained. “The metaphorical meaning being that there would be no Kylie without Kim.”