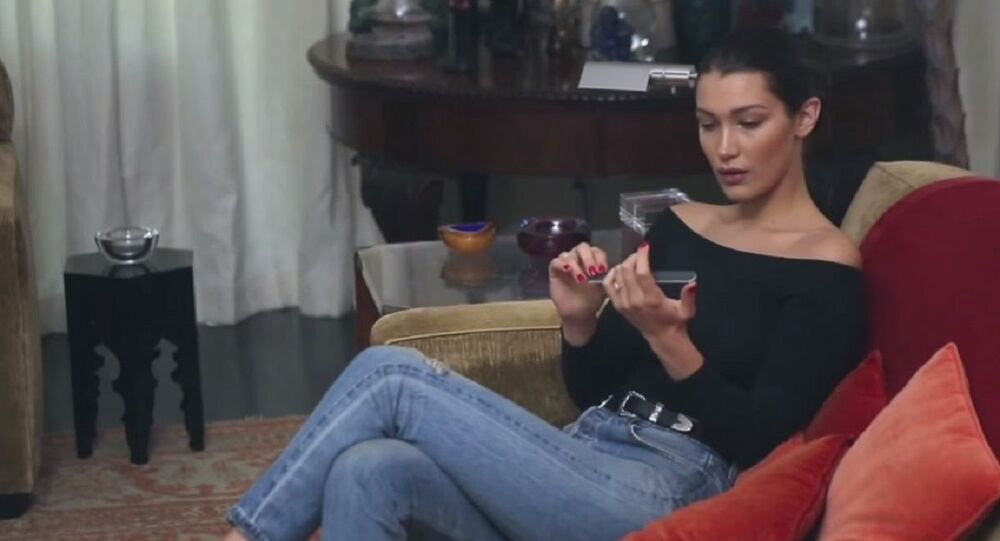 The supermodel emerged from self-isolation at her family’s Pennsylvania farm wearing a sheer cut-out bodysuit with see-through bra.

Bella Hadid’s new outfit – or lack thereof – has been the talk of the town since the fashion icon made a racy appearance at the MTV Video Music Awards.

The 23-year-old donned an incredibly suggestive bodysuit by Albanian designer Nensi Dojaka, which she paired with a classic pair of black trousers; it featured a skinny halter strap and see-through cups.

She was spotted leaving her NYC apartment in the same ensemble, giving off strong ’90s vibes. However, many online critics were not satisfied, to say the least.

“Stars have all the money in the world, yet they dress as if they’re poor,” one disgruntled Instagram user wrote.

Another said: “Her outfits look like she made it herself.”

Bella is currently in New York where her sister, Gigi Hadid, is due to give birth to her first baby with boyfriend Zayn Malik.

While their family’s newest arrival is just days away, Bella took part in this year’s MTV VMAs, where she presented the inaugural Tricon Award to Lady Gaga for her work in music, acting, activism, and fashion.

“You can’t just call her a triple threat, because her talent and influence seems endless: she turns pop music into high art, she redefines fashion. She’s not only an incredible musician and composer, but a power house actor,” Bella said of Gaga on-stage. “She’s a bold champion for equality, human rights and mental health. She is someone who inspires all of us.”

An insider at the VMAs spilled to the Daily Mail that Bella crossed paths with her former boyfriend, The Weekend, at rehearsals for the ceremony.

“They played it cool and crossed paths with each other, same place, same time,” the insider said, adding that the two seemed to be on “good terms.”

Bella and The Weekend had a lengthy on-again, off-again romance that began back in 2015, and most recently called it quits in August 2019.